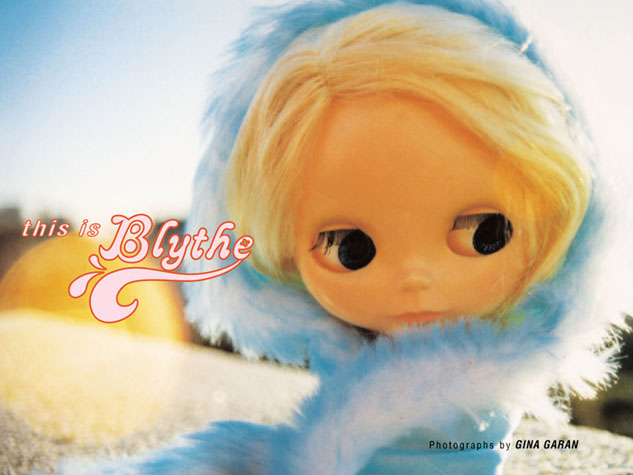 I finally got to use my beautiful antique coffee grinder.
But not in the way you might think.
Well I have a Nespresso machine so why would I grind beans?

No grinding.
Just covered in glue and clamps, trying to hold a small fragile body together while I found a safe place for her to reside for the next 48 hours.

Ironically the last post she starred in was called Let it Go but this time letting go was not an option since the poor thing was going to pieces. so that beautiful piece of antiquity was (a) the closest thing I could reach and (b) actually perfect. 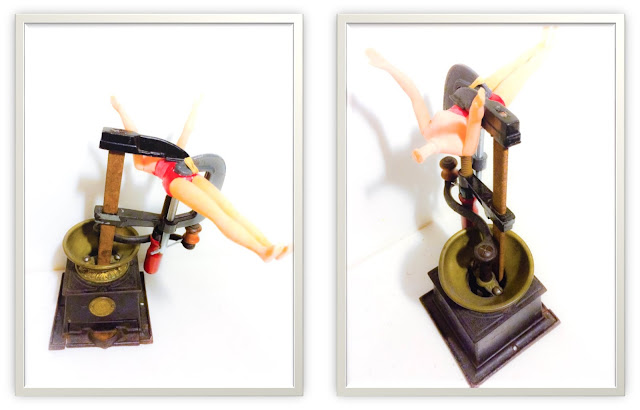 Blythe was born in 1971 and she'd been in storage for long years. Until In the Tate Modern Gallery I found a photographic book by US photographer Gina Garan, filled with her images.

When I got back home, I trawled the attic until I found her and lifted her gently, proudly out of the suitcase.
Whereupon she fell apart.
Her bum broke in half, her legs fell off and her head too, though not in that order.
After pricing body parts online (on a Japanese collectors site), I took her to the Dolls Hospital.
She returned some months later with her head bogged up with epoxy resin and a metal shank, and a big ugly industrial staple in between her legs.
And the first time Pinkster tried playing with her, her left leg fell off.  Eventually her head fell off again too.
So poor Blythe went back in storage, in a too-hard basket, and every time Gina Garan's coffee table book came out Pinkster got sad all over again.

So this is how these school holidays I came to use an antique coffee grinder as makeshift hospital equipment.
This is also how I came to the realization that specialized plastics glues are NOT useful for mending dolls.

I was also surprised at the Dolls Hospital approach of stuffing a metal pin up Blythe's neck then bogging it up with with glue, when there are two screws at the back of her head so her head can be taken apart.  Incidentally her little broken neck was rattling round inside her head and this was the easiest part to reattach, admittedly using their metal pin down the hollow center of her neck.

So with Selly's Liquid Nails, some modifications to her leg joints and around 52 hours in two clamps produced this result:

Since it's been a while since I hit the sewing machine and Pinkster has suffered the loss of her Blythe twice now, I used the Simplicity pattern below and made her a new outfit to celebrate her rebirth. 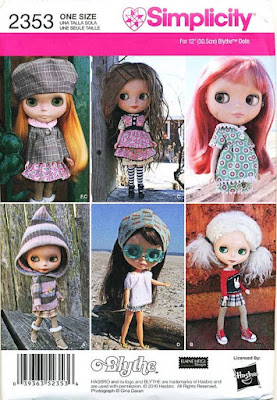