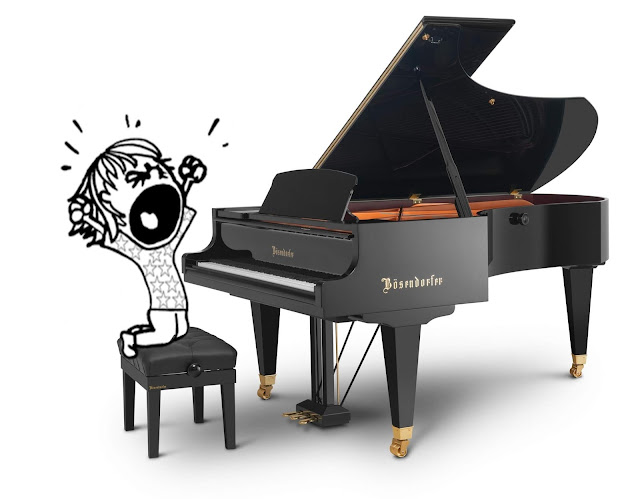 God damn it! What the heck is wrong with me?!

How did I come to be hiding in a dark car park, sobbing uncontrollably when just 30 minutes ago I was telling myself, utterly convinced; “you have SO got this”.

Let me back up just a little.

I didn’t exactly breeze into my piano recital this afternoon. But as the sun went down and the line-up of small musicians went through their cute and often clunky performances I started feeling the bar was restricted to a manageable level. Twinkle Twinkle Little Star, Old MacDonald, Mary had a little lamb, and the more sinister Mary ate her little lamb, were performed at varying lengths and levels of proficiency and nervousness.

But let me just say, they were all so very cute especially the one little guy playing his entire piece with his right thumb.

So what nervous tension I felt, slowly disappeared as I watched these adorable mini-muso’s quietly announce their pieces in shy voices before strutting their stuff.

I waited patiently as we worked through the program getting closer to my turn. I was ready I’d practised Beethoven’s Für Elise until I could almost play it backwards. “I have so got this”

My mum was proud as, reminding me in whispers how glad she was I skipped the whole Twinkle Little Stars bit and jumped straight into Evanescence’s My Immortal.
Thanks for that kick start YouTube!

So, it was getting close, only one more performer and it was my turn.

Then this little guy marches on to the stage shoulders back with an expression like a stern bank manager about to tell someone they didn’t qualify for a mortgage. His voice was strong and confident as a presidential nominee confident of being elected.

My name is Ruben Sledinowski* and I am six years old. I will be playing Beethoven’s sonata 27 in E minor.

What the flock?!!
Talk about a change of pace. Just his expression and his voice was enough to scare me to bits.

He hit that piano with fingers on fire burning up the ivories, with a jaw dropping performance.
I swear Beethoven was rolling in his grave shouting “I never played that good!”
At first, I was in awe.
Then a sinking feeling started to creep over me: “I am the follow-up act to baby Beethoven.”

I started to shake, I told mum: “I don’t want to do this, we have to go..” WHAT HAPPENED TO FLIPPING MARY HAD A LITTLE LAMB?!

That’s when my music teacher called my name. All the blood ran from my face. My knees were shaking so much I could barely WALK. When I was about to press the first note all of Mini-Beethoven’s notes came flooding back to me - every single note that wasn’t mine.

My hands couldn’t move. I tried to play what I could, but my fingers didn’t land in the right places; they forgot where they belonged.

It was ghastly.
It was torture.
So I hid in the car park until intermission.
Then I needed comfort food.

Like an ambulance driver, Mum rushed me to Woolworth's, if we’d had sirens and lights on the Toyota they’d have been blazing.

I was so shell-shocked, ignoring the huge box of chocolate chip cookies already in the trolley, I wandered off and came back with Pringles.
Spaghetti Bolognaise flavour no less.
I couldn’t wait; I opened them as soon as they were scanned. Hmm different.
I could actually taste tomato, onions, mozzarella and MEAT!
I offered one to mum while she was getting her credit card out to pay.
I swear you can feed my mum anything while she’s digging in her purse. She just opens her mouth automatically.
She bit into it and promptly spat out, almost spraying the cashier guy’s face; “Oh God, that’s just so wrong.”
She looked like she was going to barf and kept sticking out her tongue and muttering “so wrong” still digging for her card.

I started laughing and the cashier guy grinned trying really hard not to.

I guess chips really aren’t supposed to taste like meat, but tonight it seemed just right.

*Ruben's name has bee changed to protect his genius