Tough day at the office 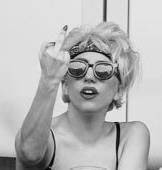 Tough week actually, of a tough month. Ok I don’t like to moan, but have you ever tried to keep your house magazine perfect while wrangling a toddler and a dog? (that actually equates to two toddlers if you hadn’t already realised)Oh and the open inspections are NOT on crèche days.

Whoever it was who listed ‘selling house and moving’ as one of the most stressful things to put on a marriage; I wonder were they talking about having to do that with ankle-biters?

Ok Buddy doesn’t bite, but he trips-up exceptionally well when you’re rushing. Nevertheless, just when I thought I was getting a grip on it all, I had cause to remember just how much fun Gastroenteritis isn’t.

We are moving in exactly ten days, and I’m not clearing out closets nor am I organising a much needed garage sale. Instead, I find myself swabbing the decks, ferrying toxic waste directly to the outside bins and washing my hands every five minutes (the skin is actually washing off my palms). All the while listening to my daughter’s farts sound more and more like an old pull-chain-cistern flushing. SWOOSH