Gullibles Travels - off to the In-Laws 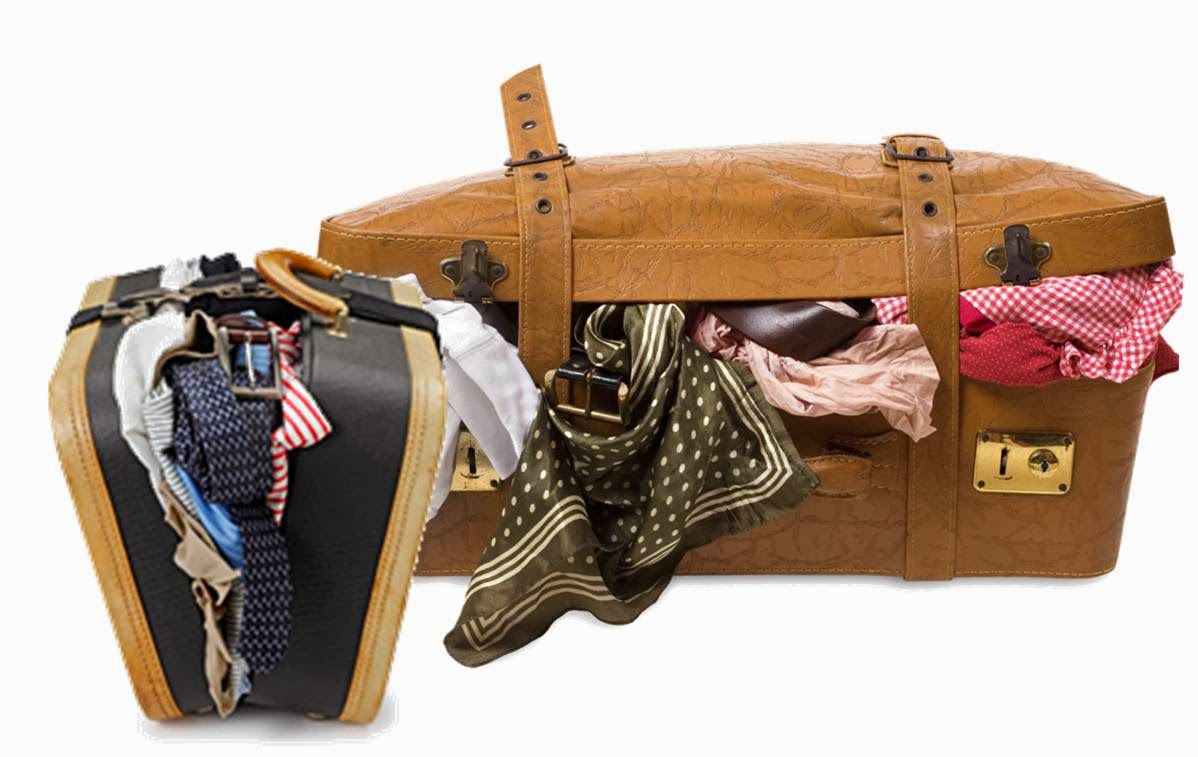 Just the sight of an empty suitcase waiting to be filled makes me hyperventilate. Filling suitcases fills ME with dread. Especially for five weeks worth of clothing & shoes.

I tell myself "it's summer in Europe, therefore lighter clothes, less bulk" Then my evil twin reminds me of MY bulk; I've gained 6kilos since last summer & I probably wont have anything that fits anyway..thanks for that timely reminder.

Digging around in the wardrobe I break out some early pregnancy Supré baby-doll dresses. Supré actually saved my pregnancy with all their stretchy business trousers and fab loose dresses, so they deserve a plug here.

And Hey, it seems I'm having a food-baby; looking about about seven months along, so empire-line tees, A-Line EVERYTHING, and lots of loose soft floaty stuff purchased more recently during the down side of my ever fluctuating weight.

After sitting on my suitcase & dragging at the zip- I feel.. what? Exhausted? Relieved? Wishing I could have stuck with Atkins this time? All of the above. But I know that when I unzip it at the other end it will spew crushed clothing 50 feet into the air like a not-so-ready-to- wear volcano.

Lucie packs her own case;
The full cast from Barbie's Mermaid Tale 2; (from left to right); Hadley, Kylie Morgan, Merlea Summer, Fallon Casey, the doll that looks like Barack Obama & Ken. (isn't it bad enough I'll have to try not to loose my own sunglasses do I really need to keep tabs on this lot's teeny tiny specs as well?) 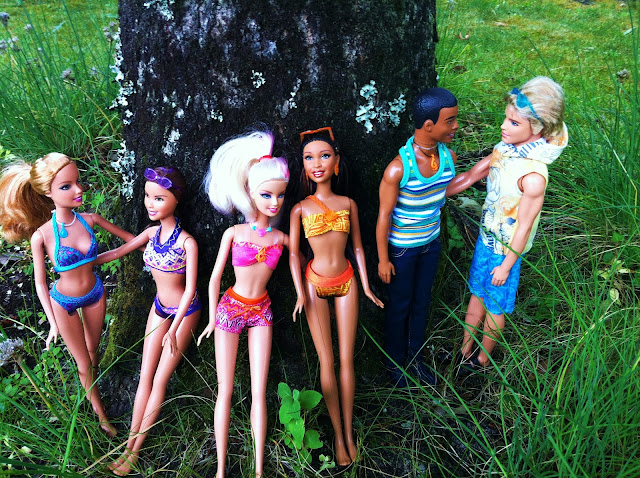 Ok, Then we have the Wall-E plush, Puss-in-boots & Kitty-soft-paws. Sleepy toys Bobo bunny & Flat Felix, the new Repunzel play kit (Also paranoid re a potential loss of Pascal- who is the size of my well-chewed little fingernail)


Also she's packed Charlie, Lola & Sizzles, a happy meal Shira (character from Ice Age 4) and the mandatory random elephant.
Basically every character from every DVD we've brought along and could expect to see on Krisworld's movie channels.

I'm grateful we're flying Singapore Airlines & not Qantas: the planes are better, as is the consideration for tired parents in need of their strollers right up to the boarding gate & right there on the bridge at the other end.

This is our first attempt to fly straight through (no stop-overs) & in hindsight it wasn't too shabby. Thanks to a little bribery (another Polly Pocket to move into the dolls' house-gonna need some bunk-beds soon), and 7mls of Valergan boarding the midnight connection, Lucie was positively cheerful throughout.

The toughest part of the journey was waiting 6 hours around Paris airport for our connecting flight to Bordeaux because Air France wanted to gouge us triple the fare for an earlier flight-1300 euros for a 45 minute flight- stick that up your bums you opportunistic evil airline.

Lucie, having slept in the pusher for 2-3 of those was again an angel. We sat in a cafe for a couple more hours & Lucie played with her surfer Barbies & completed a world of colouring. 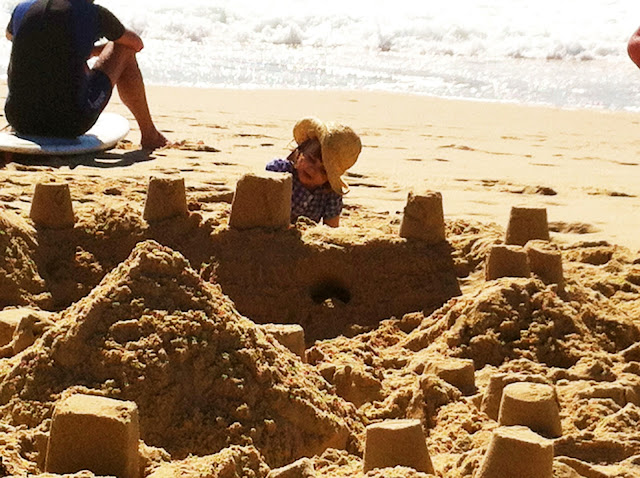 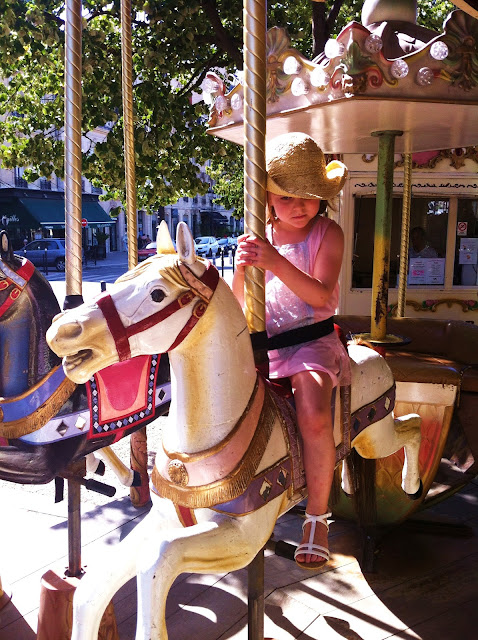 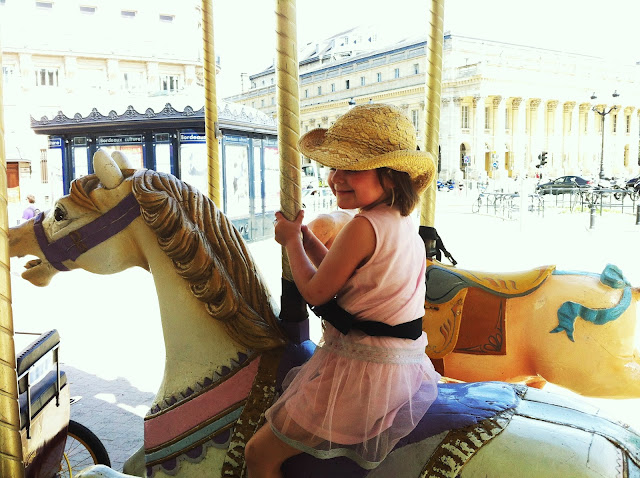 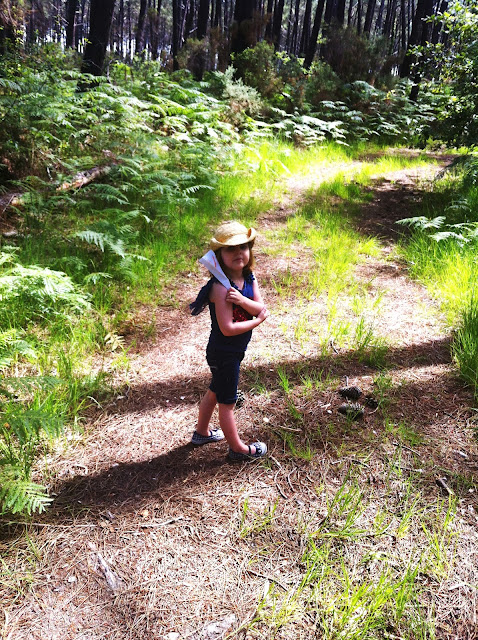 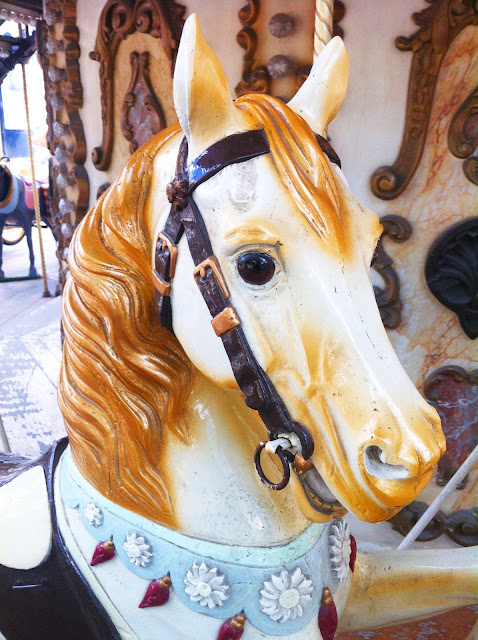