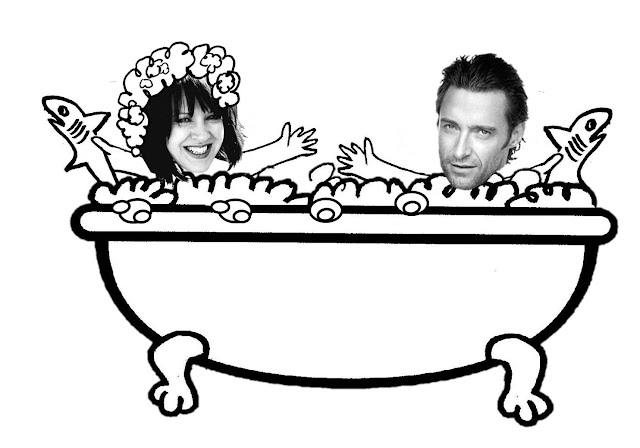 Hugh Jackman and I were in the bathroom, the water still gushing into the huge tub.

We were both almost undressed, wearing only our underpants and unbuttoned shirts, and when he opened his arms I pressed myself into his embrace. He sighed as our bare skin made contact whispering; "you take my breath away." Taking that as an invitation - I gave him a long lingering kiss.

"Waaaaaa! Mu-meeee! I had a baaad dream!"


In a fog of sleep, with the baby monitor still shrieking, I flip over my iPhone to learn it's 5.30am. I slap my forehead, Shit. "IS IT TOO MUCH TO ASK THAT I PASH HUGH JACKMAN IN PEACE?!"

Under normal circumstances, I sleep like a corpse. I have vivid dreams. Often nice ones that I like to ponder on throughout the day. I often dream about my Mr Frenchie, sometimes the odd movie star depending on what I was watching before bed.  I once dreamed I had a shopping spree on Rodeo Drive with a limitless credit card....that was lovely till I woke up and all the Chanel, Gucci and Christian Louboutin shopping bags were gone.

But today there will be no happy reminiscences of celebrity or any other snogs - 'everyone' had the sleeping-shouts last night and I hardly got a wink. I live in a family of sleep talkers.


Lucie was shouting;  "mummy! urgh-grunt"  I got up and went into her room and she was deep asleep with her mouth flapping.

Next it was the dog's turn. Buddy was shouting; "woof, woof, yelp woof!"


And then the freaking kookaburras laughing their arses off at four-fecking-thirty...

And of course somewhere between 5am and 5.30 I almost enjoyed a brief bath-time sexploit with Hugh Jackman.

Any wonder that I'm grumpy :0(

When exactly does the sleeping through thing really actually and permanently happen? Every time you think it's working, it's suddenly and randomly not.

'Someone's' had a nightmare ; It's the age for those I'm told, but I've heard that one before, right along with the growth spurts and teething excuses.   Also the need to pee thing is new since up till now she's had a champion bladder and we've had dry nights since week two of toilet training. Teething's long gone, but at the time that gave us a good helping of sleepless nights.,  Ask any doctor and you'll be told 'it's just a stage'  but what does that mean anyway?   Next time I bump into Hugh, I'll be sure and apologize and tell him 'it's just a stage she's going through.'


I am Bella in the Twilight Movie and Chris Hemsworth is a sort of Thor-ish version of Edward Cullen. Edward (Chris) moves closer, slowly, his blue eyes glistening in the half light.  He's going to bite me and I don't care. I want him to. I tilt my head exposing my neck and he hesitates.


I feel his breath caress my bare skin as he whispers something... 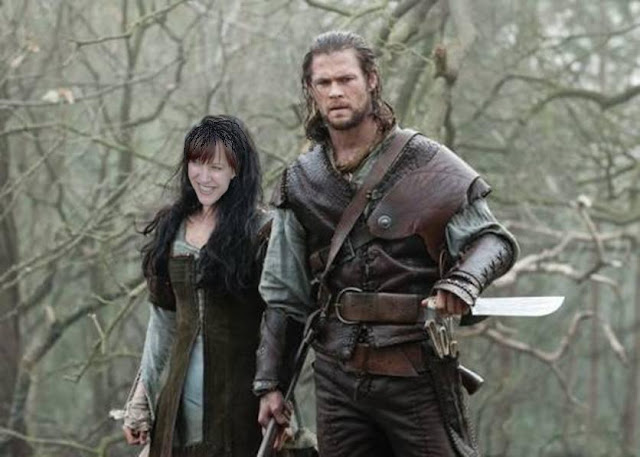