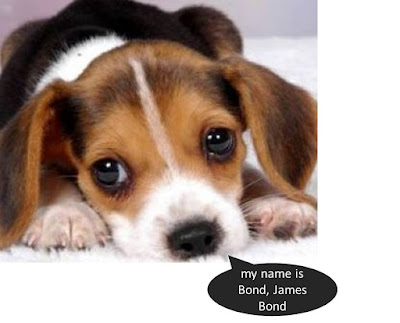 If Idris Elba is too gritty, too 'street' to play James Bond, then what was Daniel Craig?


I think the actor’s been handed a packet of short straws.  But Anthony Horowitz the newer gen Bond Author says he’s 'too street'.

What then was Daniel Craig if not the grittiest roughest version of James Bond?

Elba has played Nelson Mandella for goodness sake; a man of great elegance nobility and strength. It is acting after all and that is a craft at which Elba has proven his enormous talent and versatility over and over.

But Adrian Lester? Seriously? He has more of a puppy face than a ten week old Beagle. I suppose he could be effective in that the bad guys wouldn’t be able to aim a gun at him – they be too busy pinching his cheeks and going ‘awwwww”.

I’m sure it's just one of those, I’ve been put on the spot moments; clearly Horowitz was not familiar with Idris Elba’s other work beyond ‘Luther.’

I have to confess my familiarity with Elba doesn’t go much beyond his portrayal of Heimdall in the Thor movies (and most of the time I’m heavily distracted my Chris Hemsworth) but that character is anything but gritty and street.

You might even say he’s suave.. as much as any man could be, wearing a golden mardigras helmet and matching armour; sort of Iron Man meets Aztec.

But in my humble opinion I really did and still do feel less than comfortable watching Daniel Craig play Bond. Craig doesn't have that natural suave and well he just seems 'a bit too street – too gritty' if you ask me.

Roger More was so smarmy and sleazy I couldn’t bear it. The way he smirked at women was so cringe worthy I’d have this overwhelming urge to put my fingers down my throat just to speed up the process.  How that man ever got laid is beyond my comprehension.  Last time a man in a bar leered at me that way, I discreetly blacked out two of my front teeth with Kohl pencil and smiled ingratiatingly back at him.

The problem is that men ostensibly struggle to differentiate between suave and sleaze; that has to include casting agents, directors and authors. And that  is why I avoid bars like Establishment here in Sydney; ever aiming for suave but entirely missing the point and ending up just plain sleazy.
Pierce Brosnan and Timothy Dalton were better cast in my humble opinion but then I was a reader of Ian Flemming’s original character; I’m not so familiar with Horowitz’s take on the character.

Idris Elba said in a recent interview that he can go to a bar and no woman will approach him; he’s apparently “not getting the love”. Not until someone recognises him and then he draws a crowd which he describes as ‘bullshit’.

I think he needs a visit down under – I’m sure he’d get plenty of love here without being recognised. What's not to love?