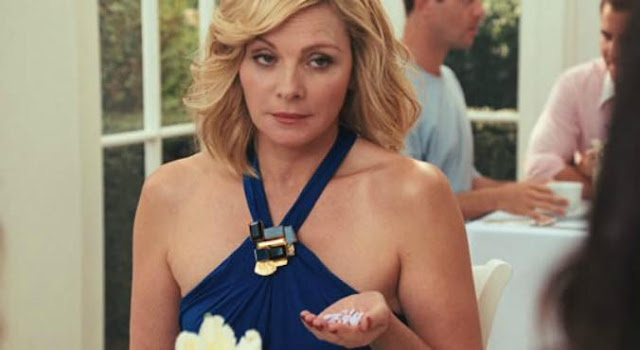 Two weeks back I almost died.

First let me pre-empt this sorry tale with a run down on my preoccupation with health & longevity.

For years I've read all I can about health. I'm a big fan of healthy diets, which don't include KFC or Mackers, but somehow I manage to make excuses.

I'm heavily into Traditional Chinese Medicine (TCM), and I have the impossible offspring to prove its efficiency. I take lots of Chinese herbs and other supplements.

I see a Doctor who specializes in Integrated Medicine: which means he sends out for blood tests every six months and prescribes supplements and tailor made pills from a compounding pharmacy.

The result is that I stay young(ish), slim and healthy despite my love of a glass or two of wine and the, probably too frequent, indulgences from Colonel Sander's kitchen and the Golden Arches.

TCM takes care of my liver, digestive and immune systems and Dr Integrated gives me sips from the fountain of youth.

That I should collapse to the floor gasping for breath with a multi vitamin pill lodged firmly over my windpipe; well surely that defines the term Irony.  You might look Irony up in the dictionary and find a picture of me on all fours in my dining room hands at my throat turning blue. Child at the table playing with an iPad..

But they were the longest 60 seconds of my life, there on the floor literally gasping to draw breath.

I was making some really odd noises too trying to suck air past the obstruction. That continual squeaking, sound you can make with an inflated balloon when you pinch the open end between your fingers to let the air out slowly? Yeah like that.

The second irony of this story is that Pinkster and I make jokes about the Heimlich maneuver all the time. We are forever pretending to perform it on inanimate objects, on each other, sometimes the pets too.  It's one of our  weird private joke things, like when we put our faces together so close that we can only see a single eye on each others face and we shout in unison: 'Mike Wazowski!'

But in reality, we don't really have a clue when it comes to performing an effective Heimlich Maneuver and I don't think for one minute that, a smallish eight year old would have the strength or stature to make that work even with a full grasp of the proper technique.

These were some of my panicked thoughts during that long sixty seconds.

With the Orange Dog having a conniption, Pinkster finally reacted: she rushed about the room with her arms waving and yelling "Get the puffer! Get the puffer!" to no one in particular.

Not asthma honey, mummy's choking on a vitamin pill.

I can laugh about it now, because I'm alive (obviously) to tell the tale.  I managed to drag just a little air past the obstruction, enough to cough and dislodge the pill  which was roughly the size of suppository.

Bravely I took some water and swallowed it again, down the right pipe.
Hey, waste not want not: after all vitamins are good for you! 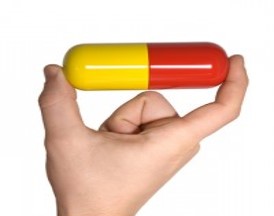