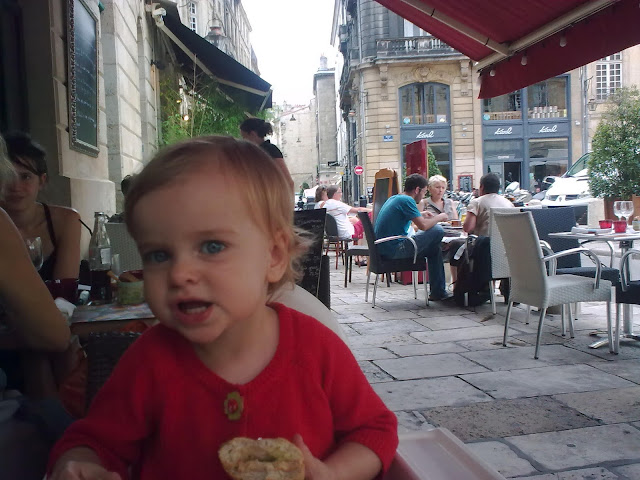 Confessions of a culinarily challenged mum...
I’ve never been any great shakes in the kitchen. And, being severely culinarily challenged, spending 30 minutes with my nose in a cook-book preparing a special, nourishing and fancy looking child’s meal, to have it arbitrarily sent back to the kitchen without having been tasted is seriously un-fun.
Is it any wonder Lucie ended up with vacuum packed organic toddler meals for so long?
As I saw it, that was 30 minutes stolen from my life twice a day each day that I wanted back.  30 minutes that could have been put to better use, like clearing up the debris after the detonation of yet another toy-bomb.  (This is how we describe what she does to the living room each night)
Now she's crazy about chops and sausages (thanks in no small part to Day Care) and…guilty confession number one - I sometimes give her warmed up chips from KFC or McDonalds to go with them.  Is that bad?
Do I care at this point, mores the question?
Anyway, now there’s this other problem; I don’t know if it’s the successful speech therapy, but somewhere along the line my little daughter learned the phrase "too much mummy, I'll choke!"?
So even with her favourite foods, she takes teeny tiny mouse-sized bites of everything, while I tear my hair out by the roots.
One night I seriously considered entering her into the Guiness Book of Records for the slowest consumption of a mini hot-dog - 50 minutes.  I thought that was the limit until she ‘chewed’ her yogurt so thoroughly a mere 80grams took another 20 minutes to disappear.
It used to be bed-time where I was held hostage, now its meal time and I use every trick in the book to get her to eat.  Guilty confession number two; TV was the most successful; (I hear gasping in the back rows).
But the old “Ok TV goes off if you don’t eat your food” worked very well – she sat at the table and ate.  I know what you’re saying; meals are family time, no entertainment, no toys, yahdah yahdah, but weekdays she’s on her own at the table, it’s boring for a little kid.  So where’s the harm if she gets the job done, uses her utensils and is still happy to sit down with family sans TV on the weekend?
I may not have convinced you but you can be smug now, because that get-out-of-jail-free-card seems to have expired.  DVD’s have music and she likes dancing very much.
So now we have musical interludes that stretch meal-times to what seems like weeks; every few minutes she’s up and off, skipping around the room with a big grin on her face, arms flailing like a mad gypsy.
Meanwhile I shout, I plead, I threaten (sometimes I laugh- hysteria?) and as she flits back to the table and throws a fork full of food into her mouth with a meaningful nod in my direction, I glance longingly at the refrigerator where a chilled bottle waits for wine-o-clock.
On feeding fussy’s:
A wee note on cutting corners on dessert:
I have mentioned previously my trick of serving puréed veggies and fruit as a dessert.  I don’t make my own – hell no!
I use Rafferty’s Garden Organic superheros. So look for these in your supermarket, there are loads of flavours, they’re healthy, naturally sweet AND you’re getting veggies in without a fight so it ticks all the boxes. 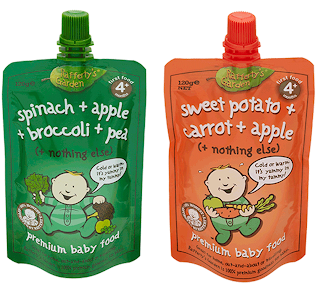 Our biggest saviour on the food front has been her attending a really good (as opposed to the first one we sent her to) Long Day Care centre.
Sally’s Place has it’s own chef and the kids eat an enormous variety of foods including Mexican, Indian, Japanese and as a result Lucie’s so more chilled even, dare I say it, ‘experimental’ about what she eats.
Even if she is horribly, atrociously slow about it. At least we’ve moved on from the “yuck, its disgusting” phase. 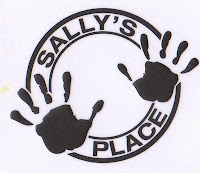 So on the really tough days I don’t feel ‘so’ guilty about the Birds Eye chicken fingers (could constitute guilty confession three) or the quick-fix Super-Cheesy-Corn-Omelette for dinner (see the new fast food section), knowing she’s had good organic snacks and balanced meals cooked for her throughout the day.
That’s my excuse and I’m sticking to it.

But seriously if you’re in the market for child care, after you’ve ticked all the other boxes, pay attention to the meal service, it can save you a lot of time and grief.
at 6:52 PM