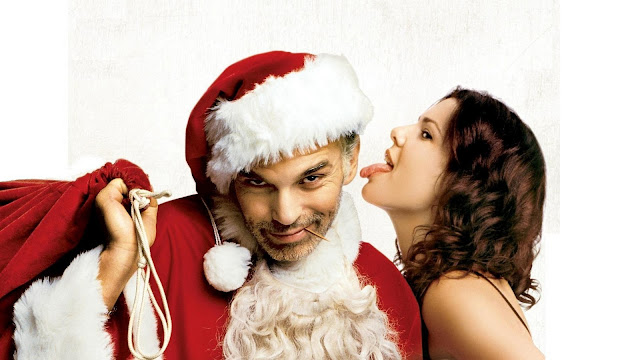 Last time I took a child to see Santa the old bastard tried to hit on me.

Seriously.
And as we left, my disillusioned little niece announced; " That Santa was creepy."

That experience, gave me a serious dose of the bah humbugs. I was with my sister at the time, taking her adorable little girl to see a department store Father Christmas and within seconds, Santa was all over me like a cheap suit. I swear it was like a scene out of "Bad Santa", but I couldn't imagine this guy looked anything like Billy Bob Thornton under his red suit and fake whiskers. Shamelessly, in front of my little niece, he suggestively asked me to sit on his knee showing zero interest in the cute little girl who'd stood in line to meet him.  The poor little pet was gutted.

And puleeease, what did that idiot expect? A breathless response of "Oh my gosh Santa, you're so hot, let me get rid of these people and well go play pin-the-tail-on-the-reindeer in your grotto"?  What a lunatic.
So we rejected the photo all agreeing, that couldn't be the real Santa cos that one was a sleaze bag.

He was actually not that old a bastard underneath the beard and white brows, and that decided it, with my little girl I'm not visiting any Santa under 70 years old - the older the better. Old gentlemen Santa's know how to behave. 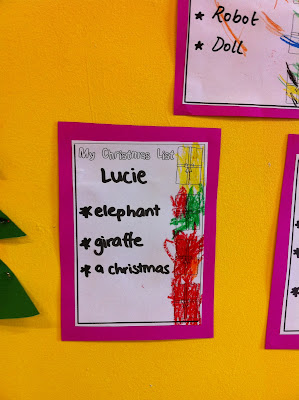 A week ago we were driving past a movie theatre with a costumed cartoon Santa out front.  Lucie bounced up and down in her booster seat gesturing madly; "go cuddle Christmas?"  "cuddle Santa?" but this Santa was on the other side of six lanes of one of the busiest roads on the lower north shore. So we did what all parents do in these situations: we made hasty rash promises. In fact it would be have been a much easier Santa introduction in front of a movie theatre, even with the problematic traffic logistics, than in a department store toy department geared up for Christmas shopping.

This year we're looking forward to a very special Christmas - the first one where Lucie halfway understands what the hell is going on.  Not surprising considering her preschool class has been flat out all November making decorations. Just like the retail stores; as soon as the pumpkins & witches come down, the tinsel & reindeers go up to replace them. We'll still be nursing new year hangovers when the first easter eggs roll onto supermarket shelves. 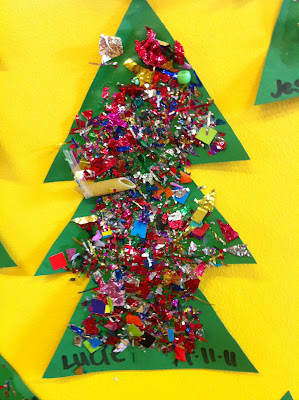 But I did find an upside to all this hype. Since we lost our latest and greatest goldfish, Piggy, feeling I couldn't cope with another funeral-by-flush (not to mention the work involved in keeping a healthy tank - yes you'd be surprised), I negotiated with Lucie that we could replace the fish tank a little Christmas Tree for her bedroom (and a plush Santa and Reindeer).  Ok I threw those in, 'cos (a) they were seriously cute and (b) it didn't seem like a fair trade to me  - a live pet and a pretty 5 litre aquarium exchanged  for a $6 tree. My conscience was bothering me.

Did I mention that motherhood seems to inject your conscience with steroids?

Well the tree's gone down a treat ( I don't  have to clean it every week or change and condition it's water- I'm not feeding it twice a day) and Santa and Rudolf have now been on as many social outings as Dora which is saying something.

If fact Santa, Rudolf and Dora the Explorer all went to visit Santa today. 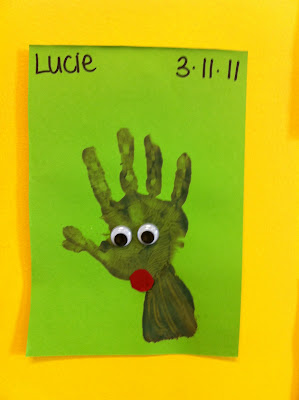 The promise was to visit David Jones, hit Santa's cave then swing by the puppet windows. But, still feeling the emotional scars of my last visit albeit about 15 years ago we put the kibosh on the department store Santa idea. Also, as my husband pointed out, how many tantrums would it cost me trying to escape the toy department after some cuddly old guy's been asking Lucie what she would like?

So I was feeling pretty clever finally deciding on a local shopping mall where Santa's sleigh was set up amongst harmless pharmacies, phone retailers and book shops.

Lucie was excited, and I was hopeful, there was only one child ahead of us and Santa was nicely aged and very polite with not an ounce of sleaze.

But as she climbed into the sleigh next to the man in red, Lucie let one rip like I've never heard before. Honestly, it was like a trumpet blast, it was epic, like she had a microphone tucked into the waist of her knickers. I think they heard it up in the food court.  So loud for such a small bum, I thought for just a second "oh god, Santa's incontinent".. until Lucie giggled and said "Mummy I did a poot!"

Fortunately childbirth has seriously impaired my ability to achieve deep levels of embarrassment so moments like this one just crack me up. Within seconds my mascara had become two black creeks trickling down my face and the photographer was hyperventilating right along with me.

When I was semi-composed again and trying to behave like a serious mummy again, I stupidly asked Lucie if she was going to sit on Santa's knee like the last little girl. Santa's mouth curled up in a worried smile; "Not sure Santa thinks that's such a good idea.." he said.

It's a shame my little niece couldn't have called up some of her own thunder- down-under; it would have given Sleazy Santa just what he deserved.

But for the sake of this year's lovely Father Christmas I'm just grateful it wasn't a stinker.
at 12:04 PM