DON'T try this at home..

My husband says "just sit her on a stool with the white wall behind and take her photo".. yeah right!

We have a trip to India planned for the new year, but for some reason, being allowed to holiday in a third world country involves more paperwork than your average mortgage application and ID checks that would do the FBI proud.

(There must more illegal immigrants from Australia than I imagined) So despite our good current Aussie passports, we apparently need some heavy duty visas and that means more photos.

I was actually hoping to avoid the whole passport photo thing for another year, when Lucie’s passport needs renewing. I imagine her being more of an age then, where I might be able to ask her to sit still for a nanosecond and have her oblige.

The first time around for passport photos I was given some pretty tough instructions:
Show the baby awake, looking straight at the camera, both edges of the face clearly visible, with a neutral expression, mouth closed, and no pacifier.

I thought “but she doesn’t have head control yet and you want me to tell her to keep a neutral expression? Are you insane?”  I was also told her neck had to be visible, which sent me into a complete tail-spin, but fortunately that wasn’t correct.

But a very helpful photographer gave me a tip that worked out fine; ‘Lie her on a white rug on the floor, put a rolled hand-towel under the rug under her neck then take the photos from above her’.  Good tip – saved my life.

Young as she was, Lucie did have a considerable repertoire of ‘other’ facial expressions that apparently needed to be expressed first, but in the end after about 30 mug-shots, she tired of face pulling and I achieved that elusive ‘neutral expression’.

Nowadays Lucie is about as helpful as the dog in front of the camera. (He’s like a canine version of George Clooney but wont sit still for a heartbeat – it’s a total waste of a gorgeous face)

Ok so Lucie’s not a supermodel. She is however, still very partial to pulling faces. To make matters worse (for me) having a warped sense of humour (where did she get that I wonder?) she also enjoys my frustration to the point where she cracks up laughing at me the more stressed I get and the more begging I do.

Again, after a lot of shutter clicking, I emailed one borderline-acceptable-photo ot the travel agent, but the jury’s still out on whether it’s up to India’s Secret Service’s standards.

If they reject this one, I am going to bite the bullet - fight the chaotic Christmas traffic, the parking pandemonium and hand her over to a professional passport photographer. Let them deal with her antics before mummy develops Carpal Tunnel Syndrome from pressing the shutter button. 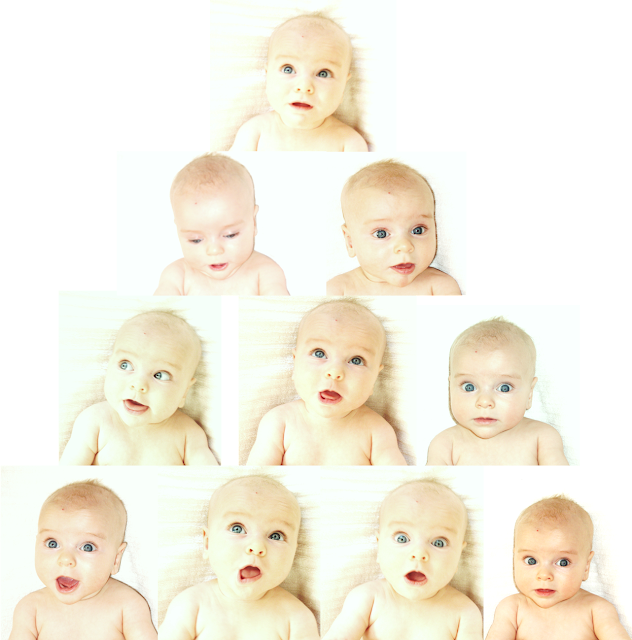