Can I just say how much fun Menopause ISN'T ?


I swear our neighbors must think I've developed Tourette's after today's effort. I was putting up new bookshelves in Lucie's room, where the walls are about a 100 years old, which means the render is as strong as cupcake icing and barely hanging on to the double brick walls.  Holes are hard to drill, often great chunks of wall fall out and if you do get a shelf to hold - it usually falls off within 24hrs.  Not a job to take on when you're experiencing Menopause symptoms 11,12,20, 22, 23 and 25. (see below).

So with the windows open I was busy drilling and very creatively effing and blinding enough to make a Hells Angel blush.

And as far as I know, most women going through menopause aren't killing themselves of DIY projects or charging around after an almost-five-year-old.  But I'm not complaining about my little angel and mostly she is, God knows we wanted her bad enough and tried everything to get her.

I just feel like having a good whinge about the spontaneous combustion, the pathological need to be horizontal at 2pm, the raging angries and mood swings that give me whiplash, let alone my poor husband.

Oh and I'm blaming my mumnesia and tangentitis on this as well. It's either menopause or dementia.

This is my personal Symptom Score Card, I think that depression should be the last listed because I'm not convinced that it is a symptom of menopause rather than an effect of the actual symptoms of menopause. If you know what I mean.
Anyway, there are more of them if you want to be further horrified; just go to click here for a full tour. 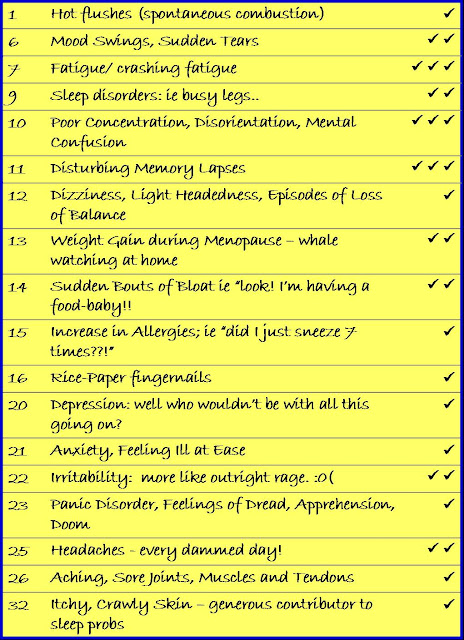 So yes it was my choice to have a child at a less than optimal stage of my fertility, but still it's hardly my fault I was an enormously effective bastard magnet most of my dating life.

Is wasn't my fault I couldn't take the contraceptive pill because it gave me migraines or that the effects of depo-provera didn't wear off for almost 18 months longer than they were supposed to. Doesn't everyone in those circumstances meeting Mr right a tad after their prime, end up wandering into an IVF clinic?

Oh while I'm thinking of it: Message to DR Bowman of Sydney IVF: MR "You-will-never-conceive-a-child, - your-eggs-are-rotten" (or other brutal words to that effect.)

"Dearest Dr B: (blowing the biggest raspberry) I did. Do stop being such a statistically obsessed ponce and try to be nicer to the poor women who come to see you".
I left sobbing that day and headed off the far more nurturing crowd at IVF Australia.

So reflecting back I'm blaming the IVF treatments for sucking up all my eggs and sending me into early menopause. You see menopause starts when your eggs are gone and contrary to popular belief, (of IVF doctors) myself and my GP believe it's a simple matter of arithmetic. If you hyper-stimulate your ovaries into producing tuck-loads more egg follicles per cycle than normal, and you hoover the little buggers up, like hungry hungry hippo; stands to reason you'll run out faster.
Bingo, before you can say What The Flock, your eggs are gone, your uterus is shutting shop and you're in for a seismic shift in your hormone cocktail that will literally leave you reeling.  And probably your nearest and dearest too. And people in traffic. And in shops, bus stops, dog parks, dry cleaners...you get the drift.

As it was IVF came close a couple of times, over five cycles. We had instant success on the first go only to have the little peanut bomb at 10 weeks. We came very close again on the third and fourth tries but it just didn't happen.
Looking back, what the hormone hyper-stimulation did to my sanity is comparable to being menopausal but minus the heart wrenching tragedy you feel and are so ill-equipped to deal with, when after so much build-up and emotional investment, nothing comes of it. Or worse it 'goes away'.

So if you're wondering how a reproductively challenged person such as myself concieved a healthy child with a severely diminished supply of rotten eggs then I'll tell you:

Several months after my last IVF failure, I found a wonderful woman and expert in natural fertility Lily Lui, who in four months got me knocked-up, (with no small contribution of my lovely husband of course) with a bunch of tiny needles, pills, berries and a load of smelly herbal stuff I still don't like to think about.

She also made me a tonic for perimenopause symptoms that rocked my socks off so I must go back and get some more before I start a traffic-light fist-fight during the next school-run.


So here I am my little journey has led me to this cranky place where I'm cross a lot of the time, tired all of the time, but still grateful everyday for my little miracle.

And as much as the debate rages on about the effects of IVF treatments on  early onset menopause... well if you're struggling to conceive and you were offered a chance of having a baby, even knowing you may enter menopause early would you opt out? Nah.

Who would?. Cranky or not, feeling fat and frumpy, stressed out, out-of-control, overwhelmed and sometimes even a bit depressed, I have no regrets.

I know this is just a stage that will pass. And what I got was worth it; after finally meeting Mr Right (not a bastard bone in his body) I have a gorgeous happy healthy little girl. Oh and of course the orangest, cuddliest and most well-behaved pooch too.

That's the trifecta right there. 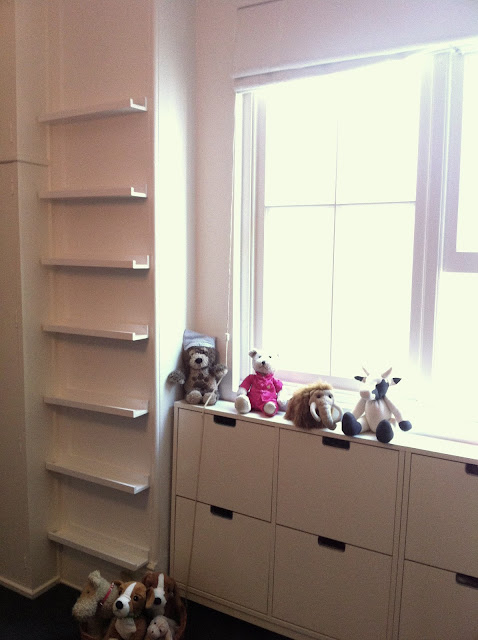 I'm a huge fan of IKEA especially for kid's rooms and  I've discovered the STÄLL shoe cabinets totally rock as toy storage. These new RIBBA picture ledges make a great library wall in what used to be a very awkwardly recessed wall. 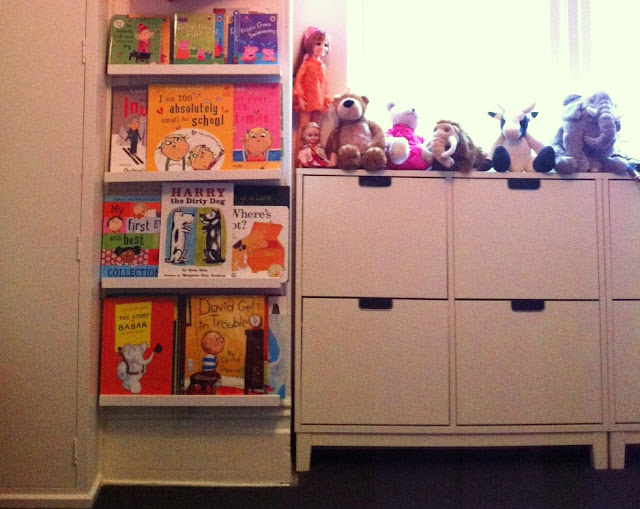 Are you experiencing any menopause or peri menopause symptoms?

Do your girlfriends really get it, or have they labelled you as a drama queen?

Or do you start D.I.Y projects and suddenly cant be arsed finishing?