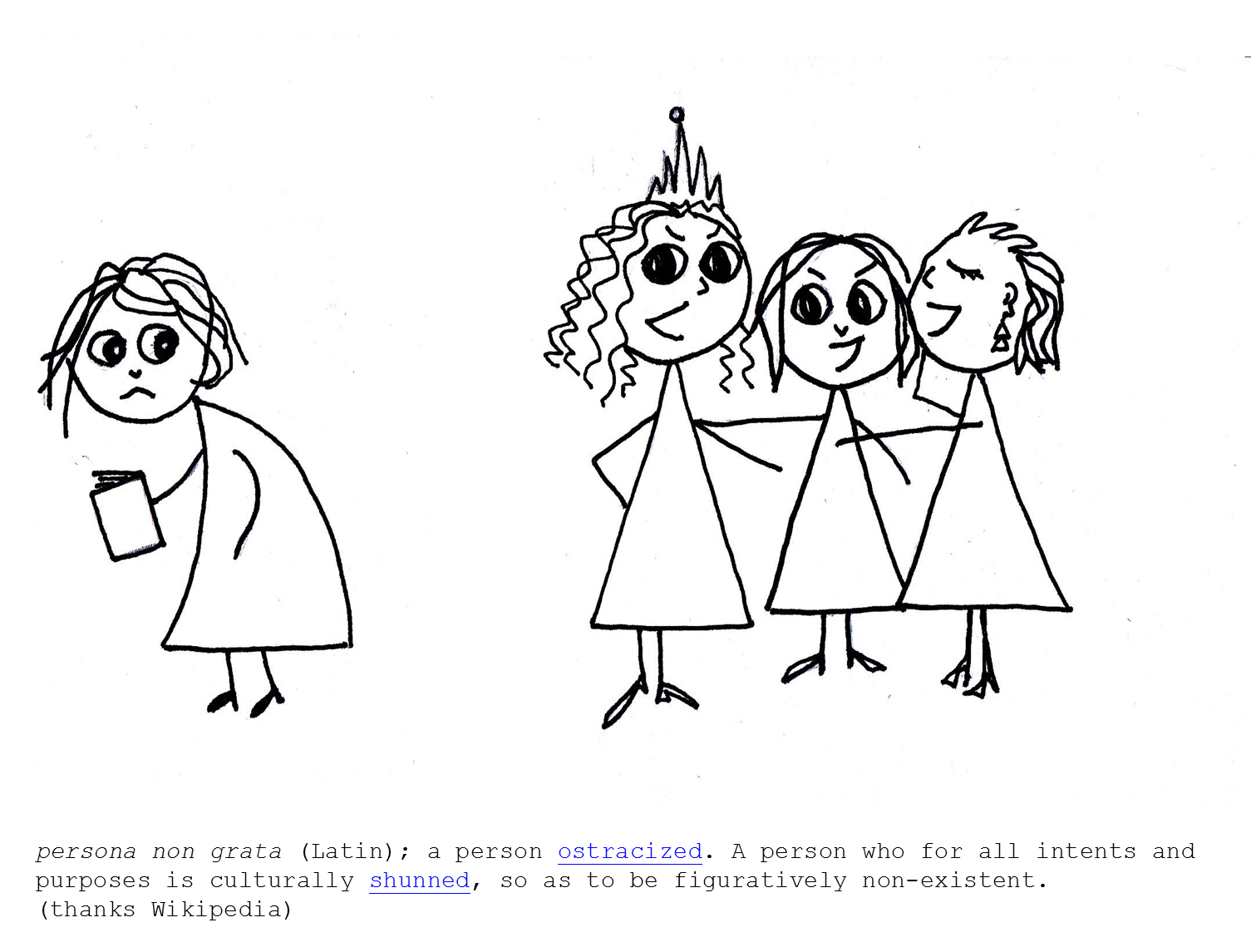 “In a show of our good manners and breeding we are extending you a  dinner invitation (albeit indirectly and as an after-thought).

Really hoping you can’t make it… “

When I found out that the dinner invitation to Eurostars’ wasn't even firsthand but came through our friends who were coming to stay with us.  :0/  We decided we were busy that night.
(Had a pile of shoelaces to shampoo actually)

Who asks someone over for dinner who lives under 20klm away via a family in Europe?? Is it just me or does that just scream of "oh well I guess we're obliged to include you, but maybe you'll get the message anyway and NOT accept..."

Both Mr Frenchie and I had worked with the husband over several years and two continents and we kept in touch. We all travelled out to Australia around the same time, and I’d welcomed her to Sydney with open arms, genuine sympathy and a much needed ear; it was such a culture shock for this princess; the transition from Holland Park London to Malooloobah Queensland. But despite the friendly support, seems I will always remain persona non-grata to Princess Eurostar.

Then some more ex-colleagues came down under for a visit, and the Euro Stars wanted to have them to dinner at the mansion.  So they were invited.
But ‘Awkward Much?’ The dinner party would be during their stay with us and after a heavily pregnant pause, eventually it was extended to include ourselves.
It didn’t come directly, but through our visiting colleagues after they’d been staying a week. Kind of a case of;  ‘oh why not ask those two if they can make it as well.’

Why not indeed. Like I said; many dirty shoelaces to attend to.

Well the last time I’d seen Princess Eurostar it was at another ex-collegue’s cocktail party. She was making sociable noises in my direction that night.

That is until I found myself in a Mr Darcy eavesdrops on Mrs Bennet moment.

Someone had asked me how my book was going and I ended up in an animated discussion with the hostess about my writers block of the moment; which happened to be my difficulties with writing sex-scenes.

Euro-princess dropped her mask on the floor; her beatific smile turned to a look of someone whose Louboutins  have just sunk into a steaming pile of dog poo, and she shot off like a racing greyhound.
(she's certainly built for it)

And while the hostess and I really bonded (and I got some great sexpirational  tips from the saucy minx) Eurostar kept her distance the rest of the night has continued giving me a wide berth ever since.

I am the social equivalent of a steaming pile of dog pooh, apparently.  That's Cool.

This clip is for all the lovely genuine and supportive friends I’ve made and kept not just from my years in Europe but also since my arrival down under, who still like me very much  just as I am.
And that setniment runs both ways xx