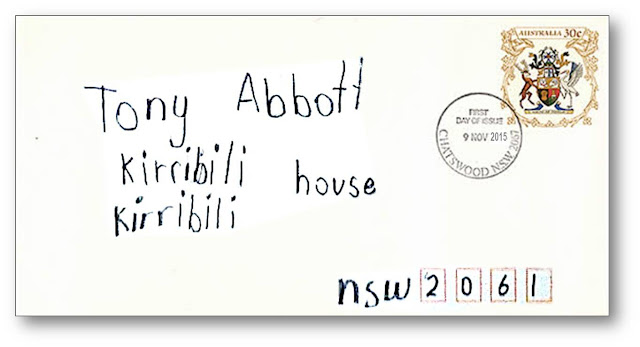 Pinkster and I discuss a lot of things I don't suppose many mothers discuss with their seven-year-olds.
I'm not saying this is good or bad practice; it's just US.

The rapid fire questions are at times pretty tiring, but I love that she's curious and endlessly interested in the larger world and the way it works. These discussions usually start out as a small issue, a random observation and the many, many questions that follow. Her environmental awareness for example came from flying home from France and passing over some open cut mines, Pinkster asked me; "Mummy! why are there big ugly holes down there? Where are all the trees?"
I explained about mining; the digging up of stuff to sell to people and countries that don't have it and want to buy it.
"It's horrible," was her verdict and she's been a budding greenie ever since.

I was reading about the government awarding the environmental vandals Adani to expand and oversee the worlds largest coal mine on the edge of the Great Barrier Reef.
You may or many not be aware of Adani's rather less than exceptional environmental track record, but the more I read about their damage tally on so-called protected and delicate ecosystems, the louder I cursed. Until my curious offspring asked me to explain what was upsetting me, and then the outrage really hit the fan.

Then there was the issue of the government posing as an environmental group to recommend chopping into the 70,000 hectares of forest from Tasmania's World Heritage Area for logging.  I was cursing again so I had to explain. The poor little lamb. At seven you think the work is a fair place and the people in charge are to be trusted. She knows nothing about overreaching ambition or greed.

Speaking our our beloved prime minister <cough> at a recent family get together there was a vote taken on who or what creature most resembled our 'lucky' country's leader. Pink had drawn some impressive images of him as a monkey, a lizard, and elephant, and a galah. 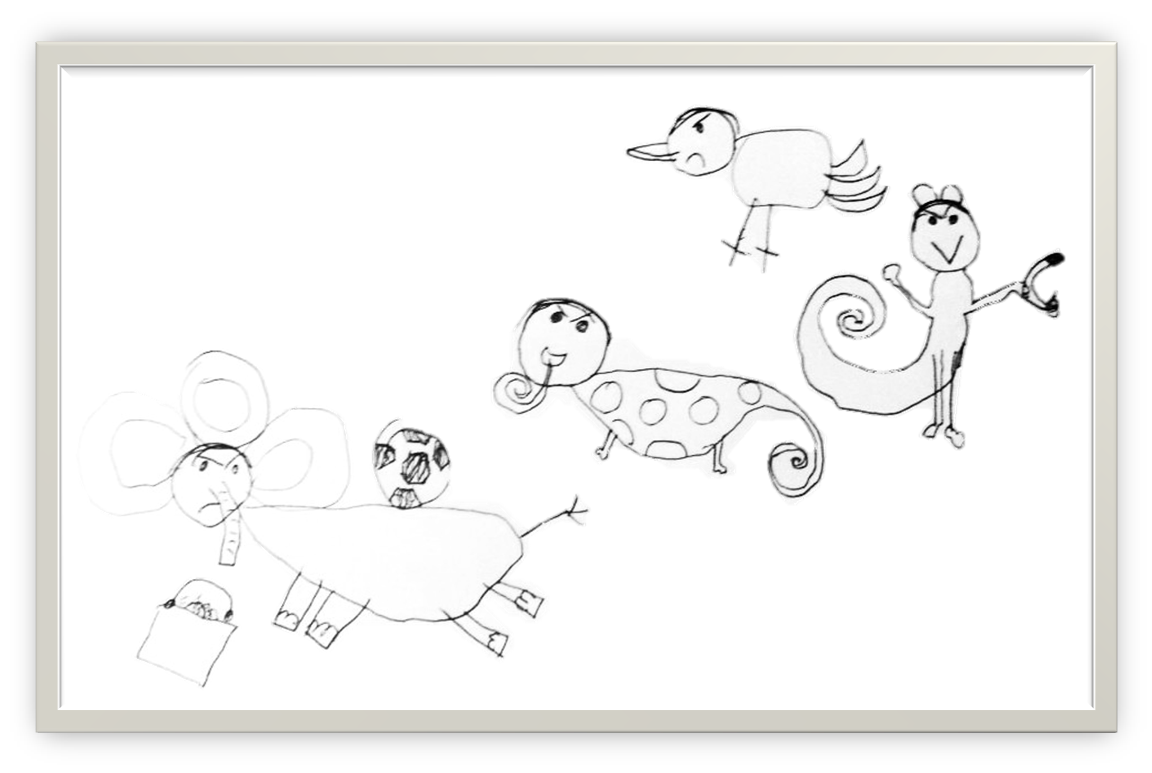 Pinkster and her friend Muso, (a slightly older boy who's a pretty wicked guitar player) got into a lively Tortures for Tony discussion.
Now Muso has always been partial to making the prime minister walk the plank into a pool full of great white sharks.  Where Pinkster yearns to sit him on a cactus in his underpants (I suggested his budgie smugglers - but turns out she thought were his underpants). But it doesn't stop there, no; then she'd drop large coconuts on his head while he was still perched on the cactus. She's an imaginative torturer; what can I tell you.  Muso and Pinkster decided to just make him do the lot keeping the sharks for last.

So recently Pinkster heard about 8000 asylum seekers including women and children trapped on boats with no more food or water - as she tells it:  'trying to escape bad people who wanted to hurt them. Even maybe kill them and Tony Rabbit pushes their boats away and that is horrible.

She may not have the vote, but she has a voice none the less: 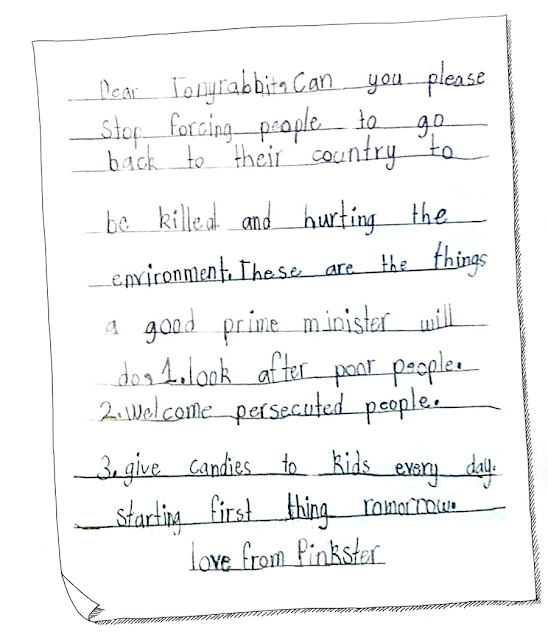 Just an end note - she's very impressed with the word 'persecuted'; "it's a lot shorter than writing people running away from bad people who dont like them and want to hurt them."