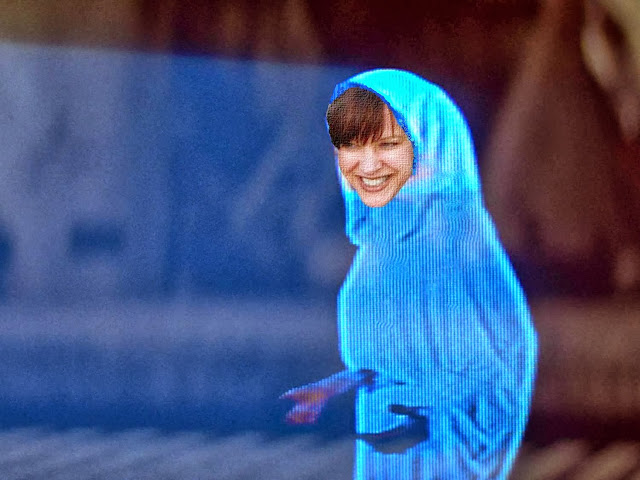 "Ambition should be made of Sterner stuff"
William Shakespeare

"Ambition is the last refuge of the failure."
Oscar Wilde

What is wrong with me? Why do I need to torture myself in this way? OK, so there's another costume party.. BUY something, woman!
But no, my ambitious little brain starts churning ideas. I think along these lines, it's nearly Halloween, she can wear it then too... I know stores that are full to bursting with Star Wars costumes, but I still can't get past, "wouldn't it be nice to 'make' one".

I seem to be forgetting I'm surrounded by suitcases from school holidays still in various stages of unpacking, piles of washing to do and one school dress that badly needs the hem letting down.

But here I am the day before the party, and with nothing more than pieces of (very expensive) fabric cut out; two cheap hair pieces and a splitting headache (which is what I frequently get from being hunched over cutting stuff out for too long) and... I've lost the will to sew.

I'm also felling decidedly upchuckish* from the cocktail I painkillers I've been feeding myself since 5am this morning .
Damn.
Maybe I should just pop out and buy something? But what to do with the pieces of $28-per-meter two way stretch velvet hanging over the back of my sewing chair?

"To sew, or not to sew: that is the question:


Whether 'tis nobler in the mind to suffer


The slings and arrows of outrageous headaches,


Or to take arms against a sea of time constraints,


And by opposing end them?


To succeed or not succeed; in sending one's offspring forth,


into the world as Princess Leia?"

(William Shakespeare & Me)
(I don't limit myself to vandalism of great artworks, sorry Will..)

So for encouragement I'll take a minute to look at my previous efforts and maybe I'll get some energy, inspiration, divine intervention?  Maybe I could "Use The Force..." 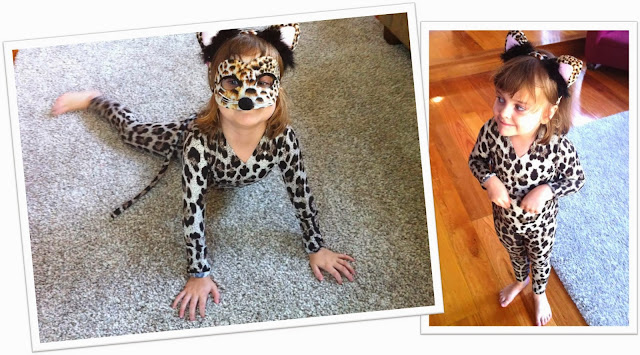 This was a cutie and quick.  My specialty; 'Cut-Up-Couture' as in its previous life this Cheetah costume was a rather garish maxi-dress!

My tip is if you have to do hoods, helmets or visors buy one of these Styrofoam wig-heads (you can find in craft/ fabric stores). They're more expensive than they aught to be, but what they can save you in time is worth every penny. 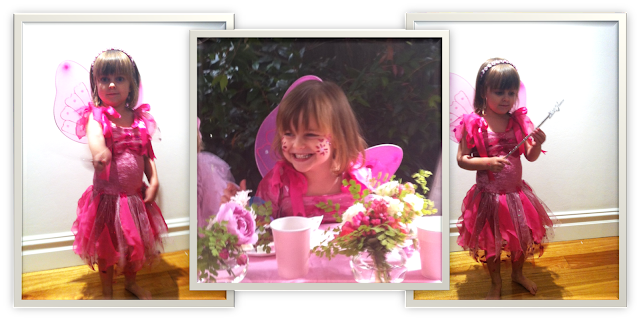 This fairy costume was more elaborate than I had anticipated because I took She-Who-Worship's-Pink to the fabric store to choose her own fabric. Brave move that one.
I'd had in mind, something pastel pink, but of course I was outvoted, again, and we came out with a bag full of what I call 'toxic waste' pink. I had to rein her in after she'd chosen no less than five different fabrics and was still zooming around the rolls squealing "THIS one too Mummy!"
Because the weather was iffy, I made a bolero to go with it that tied up under the bust with a ribbon. This was cut away at the front so as not to hide the detailing on front of the dress. 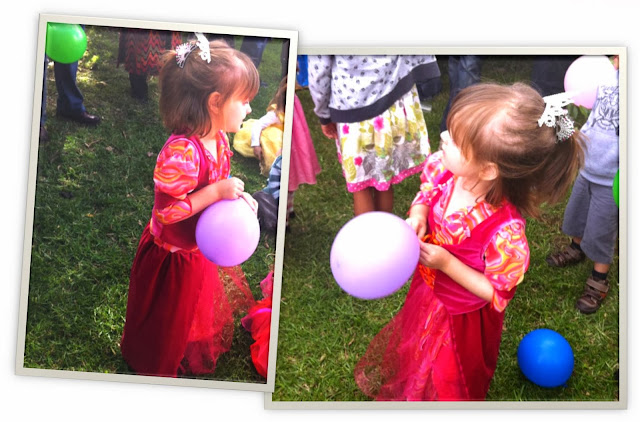 Unfortunately I never took a good picture of her princess costume, but the lace-up bodice was my favorite part of this. The Georgette undershirt was actually an over-shirt I made to cover her swimsuit the previous year and I used scraps of that with some velvet and netting to make a pull-on skirt. Stretchy velvet arm bands puffed up the sleeves up a bit more and tied it all together. 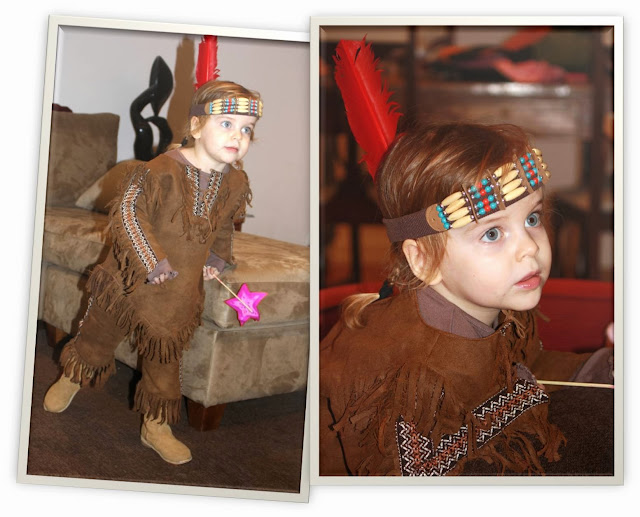 This was one of my first costumes, in the days before everything had to be pink. Sadly I don't have the time  these days to make anything this elaborate. Now she's in school my days are shorter. In fact I've lost 12 hours out of every week and that's a lot of time at the sewing machine.

So there you have it, having perused  my previous work, I am a bit more inspired - if I could just get rid of this wretched headache!

Stay tuned for next week, lets see if Princess Leia emerges from mummy's persistence or from a shop.....

*Lost in Translation;
For my offshore readers: Upchuckish is an Australian slang term for nausea. It means simply you feel you're going to 'chuck' (vomit) at any moment.