Originally published on  November 12 2009, short of deleting my work altogether I'm republishing this post in an attempt to shake off the Trolls who are targeting it heavily with their filthy spam comments. I still like this little day-in-the-life, I hope you do too. 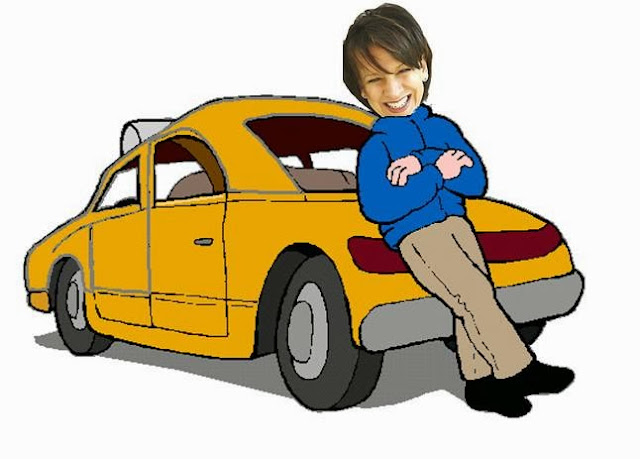 It takes ten years or so for your toddler to turn into a teenager and there’s a reason for that. You are NOT meant to have teenagers and toddlers together. It’s like trying to shovel snow off the footpath during a blizzard.

Kid wrangling disaster of the day..

We have our adorable niece staying with us from France us as a temporary exchange student and today, my temporary teen  took the last day off school to meet with some friends to have a farewell lunch from 11am. Unfortunately one of these friends cancelled last minute (the one who was going to take her there) poor lamb had no idea what to do and I didn’t have time to formulate any sort of plan B.

So after rushing back from the health centre I put on my Chauffeurs cap again and drive her to Manly through the planet’s most hideous traffic, we didn’t so much drive as we oozed to Manly – right through the Toddler snack and wind-down time and guess what?

Nap time happened in the car.
First cardinal rule of toddler taming: NEVER EVER put your child anywhere near their car-seat within 45 minutes of nap time.

Second cardinal rule, NEVER leave your toddler alone in a locked vehicle. OK so I left buddy with her.. – does he count? :0(

I stormed into the house like a one woman SWAT team on a drug raid, wrenching blinds closed, grabbing sleeping bag, dummy, bottle and teddy, before taking her out of the car seat under a minute later. 40 guilt-ridden seconds to be exact.

I gave her a sleepy bottle and transferred her to bed and waited and prayed she'd get back to sleep, so I could work through the mountain of chores I had planned to do during her long nap.

That 40 minutes it took her to re-settle, I spent pacing, grouching and cursing my lot – working myself into a tizz (and neither my mum or my husband would pick up the phone for a moan or a bit of reassurance.)

Thirty minutes later I heard the pooh song on the baby monitor. Nap time was over before the second chorus but somewhere in my depths of pissed-offedness I’d lost all motivation for the chores anyway. Hey don’t think I’m some kind of Martha Stewart – my living room floor is actually crunchy, (except maybe I should be under house arrest for leaving my baby and dog in the driveway.)

Wow, This is how exciting my life has become – I might write a memoir so I can share it with the world.
at 10:15 PM