Tonight was the night.  And I cried like a baby from act one. The Big Gala Dance Recital, in a venue of intimidating size, was fully booked and we had taken two of the last few seats in "the stalls' - front row but up near the rafters (next time, I'll book the day tickets go on sale).

But oh the cuteness of it all, toddlers skippy-tippy-toeing on stage in sparkly tutu's. Some of them working through the simple choreography, some of them just standing still, scanning the dark audience for family, and looking so adorable you could just die.

Our evening began right after school with the make-up application.  We were given instructions on what to apply, what colors etc, but have you ever tried to apply eyeliner and lipstick to a child under 6-years-old?

Forget eyeliner; I used mascara on an applicator but it ended up about 3mm under her eyes. I was instructed to also apply pink on her cheeks and red lipstick.
After she'd chewed and picked off all her dress rehearsal lipstick, this time I brought out the big guns with Maybelline's 24-hour-lipstick which I also smeared on her cheeks. I can tell you now that wriggly giggly lips and fire engine red indelible lipstick don't work well together. Put that together with the spectacularly bad application of mascara (attempted eyeliner too) and you achieve something that resembles the face of a severely vision impaired Drag-Queen.

Well turns out  it wasn't too bad from a distance, in fact all those smudges just made her eyes and lips pop-out! (that's my story and I'm sticking to it).

Then I was fishing around for something to throw on over her leotard and tights. Importantly something that wouldn't need to be pulled over her hair which was not very well glued with hairspray. I came up with this little pinafore that only took an afternoon to make: 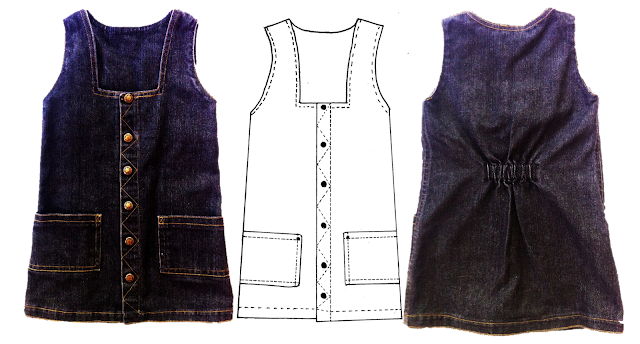 It's  my own Bettina Liano style pinafore. The design is very basic, its easy-peasy to sew together, but the heavy gold top-stitch (like you find on jeans) just adds a bit of style. The press fasteners make for super-quick changes (as in-pull it open and drop it on the floor) so it turned out to be a perfect performers cover-up. 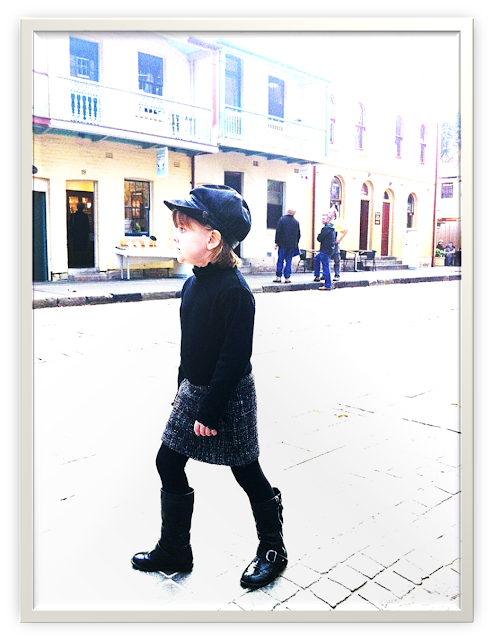 I actually made her the baker-boy cap above out of the scraps of this dress, and they look uber-chic together.
But not tonight - no sireee - not on that freshly lacquered and already-starting-to-unravel hair!

Well after several acts of varying degrees of expertise and complex choreography She Who Worships Pink came out with the other oh so many more than Seven Dwarfs.
She put her all into it.
So much so her hat fell off.

My hats don't fall off - unless you hang upside down from monkey bars.

But like a pro Pinkster kept going; smiling, holding or adjusting her hat as she marched, danced and sang. It was quite a feat considering the hat was sliding about more than she'd been doing during her makeup session.

What can I say, the Mr Frenchie and I were proud enough to burst. 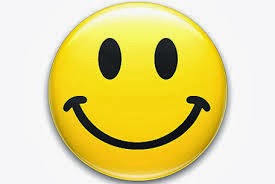