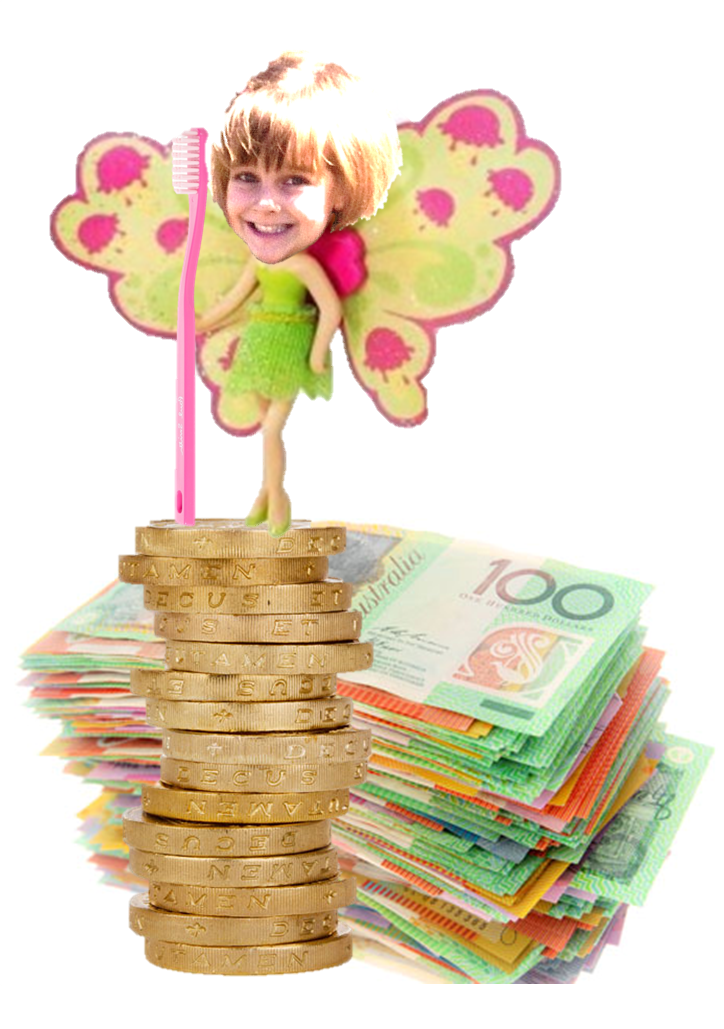 We have another Oral Obstacle. When did wobbling and lost teeth turn into some kind of weird competitive sport?

I swear, a kid at school will lose a tooth then strut around the asphalt, with an entourage, like they've just won the spelling-bee. Crowds gather and they regale them with stories of how long it wobbled, how it finally came out and how much the tooth fairy thought it was worth.

Yes apparently there is also stiff competition over what the Tooth Fairy decides the teeth are worth too. According to this article ,by Joseph Pisanti, it's not only inflating Tooth Fairy payouts, but it poses a  self-esteem risk as well.

One of our school-mums (excuse me - tooth fairy representatives) left $10 under the pillow of her child. I wanted to thump her, when she told me, for the idiotically inflated precedent she's set.

But that's nothing; according to Reuters, Tooth Fairy inflation has ‘gone wild’.
In the US the national average, as of August last year, was $3.70 per tooth, up 23 percent in a single year and 42 percent in just two years with younger parents often giving $5 to $20 a tooth.

Any wonder Miss Pink's been so impatient for her teeth to fall out.  Since her first kindy friend lost a tooth last year, it seems like most of her class started this year with mouths full of new teeth and pockets full of money.


Pinkster asked me just yesterday if the Tooth Fairy is strong enough to carry a Barbie Doll. I guess she can since Joseph Pisani's article above mentions a child who got an antique typewriter! Begs the question 'why?' but clearly the Tooth Fairy may be be small enough to creep under children's pillows but she's clearly no slouch when it comes to the heavy lifting.

During our recent trip to Kyoto, our scheming little girl spent one day wandering around the temples and bonsai gardens gnawing on a toffee apple, inspecting it after each bite.
We didn't get what she was doing until she gave a very loud, exaggerated sigh and complained;

"I STILL don't have a wobbly tooth."

It will happen when it happens but when it does, rest assured, our tooth Fairy will not be leaving tenners (or typewriters) under Pinkster's pillow.