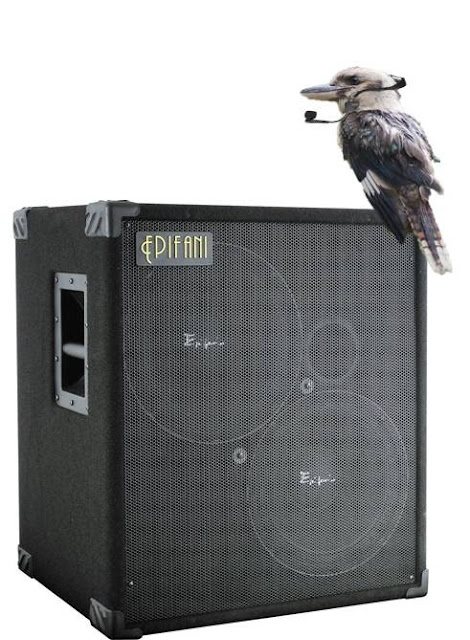 I am woken at five-am to a cacophony of bird-song. The bloody kookaburra's (North Shore's roosters) sound like they have microphone headsets hooked up to kick-arse rock-concert speakers.  At six-thirty the racket dies down and I'm just starting to relax into blissful sleep when I hear a bedroom door open down the hall - game over. <yawn>

An hour and a half later, when we should be walking out the door, I'm standing in the kitchen, measuring out a dose of Claritin. She-Who-Worships-Pink and Sneezes-A-Lot, is talking ten to the dozen, about why Orange Dog loves me more than her, and the chatter and questions are flying around the space like dust motes.

Then silence. I have the suspension syringe almost to the dog’s mouth.

Pinkster's eyes grow wide- Buddy's are wider. I slap my forehead; ‘What the hell am I doing?’  I try to pretend nothing's wrong by adjusting my trajectory to move the syringe to my daughter’s mouth, but I’m not foolin’ anybody.  She takes about 4ml in before she bursts into laughter spraying us both in sticky antihistamine.

Pinkster can't stop laughing and the Orange dog just looks mighty relieved.  I glance at my watch, but I already know…we're late.  Again.

As we leave the house and I bang my head, for about the millionth time, getting into the car, I curse those bloody Kookaburras. It's all their fault.  I’m halfway out of the carport before I curse their feathery hides again, realising that I've forgotten the school bag. 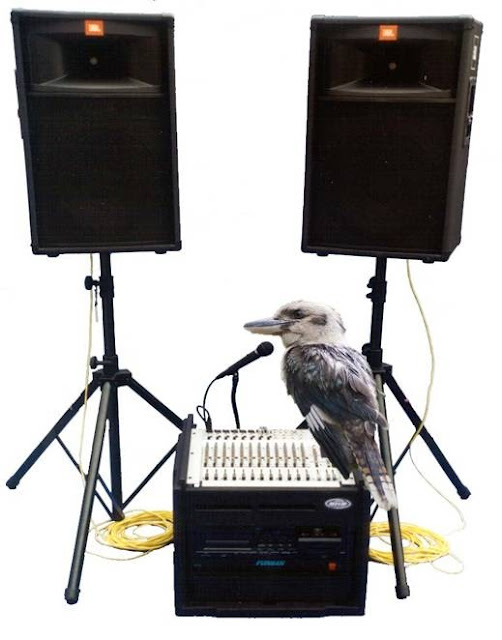 Pinkster cannot stop laughing and I cannot stop muttering; "I'm a walking bloody, disaster" this morning". Pink shouts: "Mummy! You said Bloody!!". She finds this even more hilarious and it keeps her going until we pull up outside school.

Literally tumbling out of the car, she bails up some random school mum with a loud "EXCUSE ME!" She continues bellowing at the startled woman who is trying to herd her own kids through the throng, "MY MUMMY IS A WALKING DISASTER! SHE NEARLY GAVE BUDDY MY MEDICINE!!!"

The poor woman hasn't got a clue and she smiles vaguely, gives me a nod and quickly steers her kids away from us. Totally un-phased by her reluctant audience, Pinkster rushes into the playground to name-and- shame me a bit more at the top of her little lungs.

I wander in the school gates in a daze, as I often do lately, but today I'm also splattered with sticky stains and have particularly spectacular bags under my eyes.  It seems like someone hiked up the volume on everything this morning and I watch my excited offspring continue to bail people up and speak entirely in exclamation marks.

For the rest of that week the KookaKaraoke continues; from five to six-thirty am each morning. She-Who-Worships-Pink, struggles to take any medicine without dissolving into giggles. She also finds particular enjoyment in telling me "I'm a walking disaster" whenever she feels I need reminding. 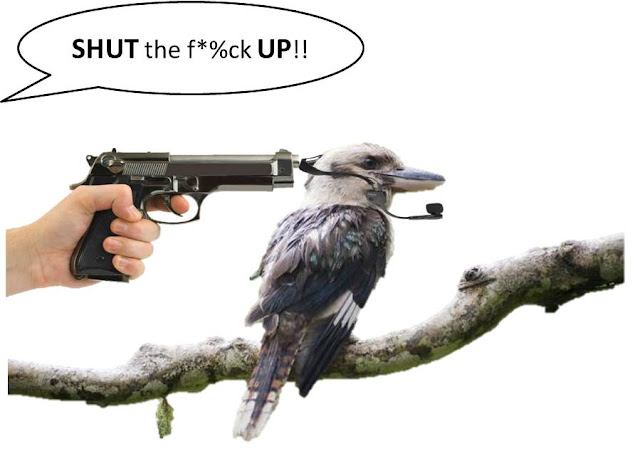