Alarming failures of a freaked out mum 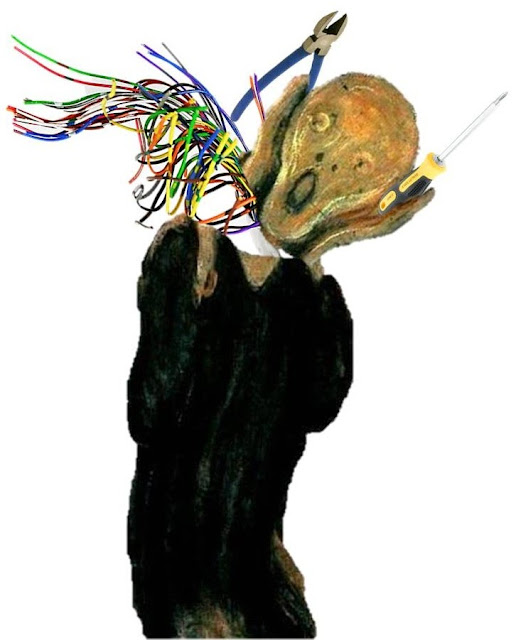 Major malfunction of the burglar alarm. The one we inherited with the house. The one we have never turned on. The one we don't even have on/off codes for.


An annoying intermittent BEEP has turned into a flat-out, full throttle SCREAMING WAIL over our heads. The Pinkster’s hands are clamped over her ears, the poor dog is going mad and Daddy Person is not home. I can't tell, in this cacophony of sound, if the poor dog is howling but you can see the suffering written all over his furry face and the tail curled up between his legs and pressed against his underbelly.


I call the number on the key pad- which has been long disconnected.


I pull the mains switch, the power goes off but not the alarm.


I pull the key pad off the wall and tear out the wires from the back for good measure.


The front door is open, because I’m dashing in and out to the meter box, and the neighbours door on our party wall opens. Evidently not to offer assistance, just to let both their yapping dogs out front so they can add to the bedlam.

My loathing for the nasty old bat next door we call Mrs Bates, only increases with the noise of her stupid barking dogs, snapping their jaws at me through the wrought-iron fence as I check the electrical box again for a magic "alarm off" switch.
Inside I locate the screamer and dragging Pinksters high chair underneath I poke a screw driver into the centre which muffles the screaming. A bit.
Ah hah!

I jump down and back up again with the Philips-head screw driver and pliers. With my ears ringing and my little girl in the shadows hands still over her ears, I unscrew the screamer box and cut every wire attached to it.
Blessed silence.

Well the house is at least. The inside of my head is another story. 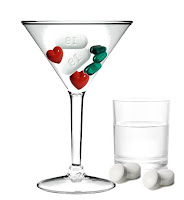 I wander around in the aftermath, inspecting my various acts of panicked vandalism. All the while sipping a 1200mg Aspro Clear cocktail and wondering what was keeping the rescue party. It's enough to give you a Cinderella Complex.


I wouldn’t say I have an aversion to independence, but just sometimes it would be nice that during a home-alone-emergency, that someone like Bruce Willis would pop his head in the door wearing a grubby white singlet and offer to solve the problem.


But in the absence of any heroes besides myself, dinner interrupted becomes bath time aborted, and I just give my baby some Paracetamol, as I dress her in her pyjamas. I wonder what, if anything I could give to the poor fur-person who has much more sensitive hearing than we do.

At four-am I am hanging out washing.

You see alarms are set at a pitch designed specifically to confuse, disorient and impair thinking. This is to confuse and disorient and impair would-be-burglars. I can safely say that it works. As I put my girl to bed, disoriented, confused and with a throbbing headache, we both forgot the toileting part of our nightly routine. My thinking was most definitely impaired.


So my poor lamb had her first night-time accident, since she discovered what toilets are for, and it was a biggie.


3am found me loading the washer and propping her mattress in front of the gas heater. At 4:30am after transferring her back to her own clean bed,I finally crawled into bed. My last thought before the fog in my brain descended was this:


Most people I know hit objects with a hammer when they want to kill them (in fact someone on Facebook suggested as much the next day) so what does it say about me that my first line of defense is always a Philips-head screwdriver?

Don’t you think that’s an odd choice for a female?

P.S. My sincere apologies to all those Edvard Munch fans out there for the increasing levels of digital vandalism I keep applying to his iconic painting.