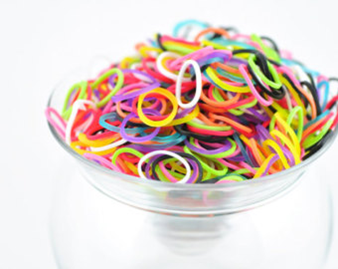 Two weeks ago I was cursing Leggo Friends for the teeny tiny little people and there microscopic accessories that needed rescuing from the floor in the path of the vacuum cleaner.

Well now we have tiny little elastic bands littering every surface in the house. There are elastic bands, embedded in the sofa cushions, in the bathroom sink, twisted around toothbrushes, in bedclothes, in school uniform pockets, lunchboxes.. Barbie dolls are being strangled with them...

The Rainbow Loom Bands craze has hit down-under with a vengeance, and I for one have another storage, not to mention vacuuming nightmare on my hands. The schools are writing a whole new set of rules around wearing and sharing them to put a lid on the playground loom band squabbles.

She-Who-Worships-Pink-and-Now-also-Blue (thanks to the Frozen movie) got a set from her father and the little pet is truly addicted. But in the actual kit there are only six charms to approximately one million elastic bands (OK, maybe a slight exaggeration).

So Pinkster decided we had to make some DIY charms from Play Doh.
I went one better (knowing Play Doh wouldn't cut the mustard) and bought her some air drying clay at our local craft store.

It was another messy exercise first shaping our charms. Then we had tiny little charms drying on the kitchen bench and later a production line of charms in various stages of being painted and lacquered with either 'glitter glue' or nail varnish. They are still there a week later.

But this is a sample the finished few... 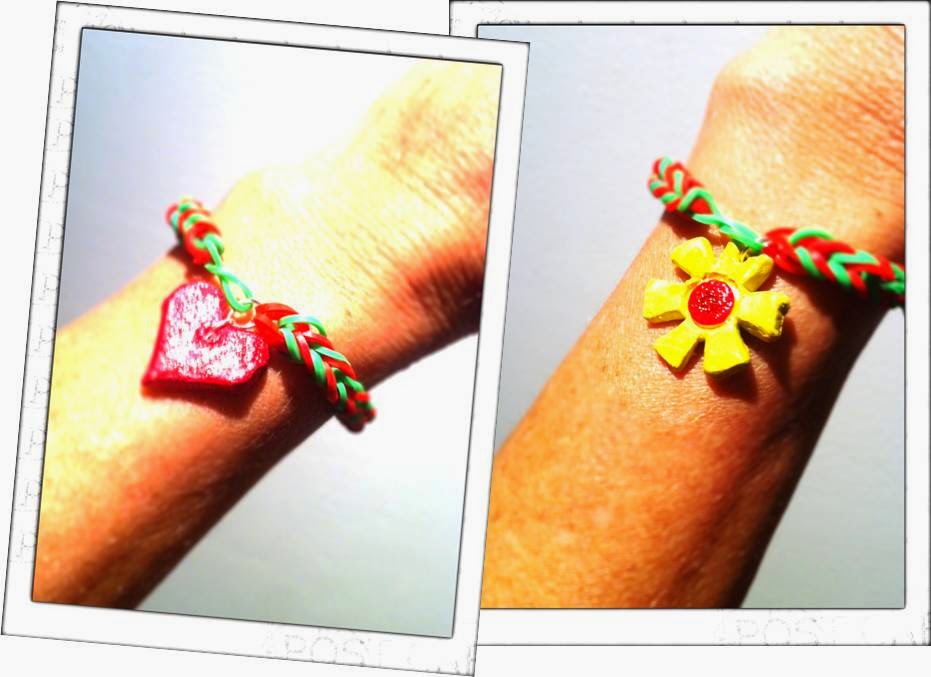 We're also working on smiley faces (with mixed results ) and butterflies. I think a nice simple idea, and with Easter around the corner, we might also try some Easter egg shaped charms; they could make a nice gift alternative to chocolate.
I use a toothpick to make holes before the clay dries, but I noticed you need to make those pretty close to the edge if you're using very small jewelery rings to connect them to the bracelets.

Now that school is over for the term, and we don't have homework and school runs to deal with I'm looking forward to making some more with Pinkster over the holidays. But I am also looking forward to a clear bench again so maybe not too many more.


Are your kids hooked on making loom bands too?

Just wondering how far reaching this craze is..
at 10:23 PM