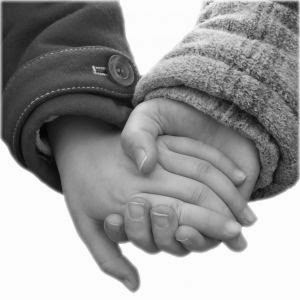 What do you do when you overhear your six-year-old daughter telling someone in the school yard that;  she's not in love with [Popular-boy' in school]  because she's already 'seeing someone'?

I got the giggles.


Just like the night we 'broke her heart' over a couple of lamb-chops, I  tried not to laugh out loud.  I just made those funny noises you do when you try to keep a really big laugh inside your mouth and you end up sort of blowing snorty raspberries through your nose.

You see it all started way back in the Christmas break after a trip to the mall with a friend. She kept talking about this boy she'd seen: "I think he was about ten years old" she says. She talked more and more about this boy, who was "so handsome' with dark brown hair. And how she would marry him one day. Thanks a bunch, Walt Disney for all those fairy tales that end with 'the kiss' sheesh.

Some months later with several mentions of the ten-year-old-boy with his dark brown hair, Mr Frenchie takes her and a friend to our favorite French Creperie. low and behold who is there? The "ten years old boy with dark brown hair"!!

So the Daddy person tells me, after positive identification from Miss Pink, he approaches the parents and tells them that somehow our daughter saw him in a mall months back and has been crushing on him ever since! Miss Pink is all shy and mortified so introductions cannot be made although his parents think the whole deal is impossibly cute.

But as lunch is finished and Mr Frenchie drives past where 'Ten' is waiting for a table with his parents, he lowers Pinkster's window so she can wave. Ten, waves back grinning and calls to her 'Salut!' in a perfect French accent.

Our little Miss Pink is equal parts; thrilled and mortified.

After hearing the story I  asked Mr Frenchie what he looked like; "He's a seriously good looking kid of about ten years old." he says nodding; "Our girl has very good taste!"

We now have the pleasure of 'seeing' 'Ten' on a semi regular basis at the local French Creperie, he's usually waiting for a table with his sister, Father and dog, as we are finishing lunch. Pinkster is always too shy to speak to him, but at least, as far as she's concerned, she' still seeing him. Literally.