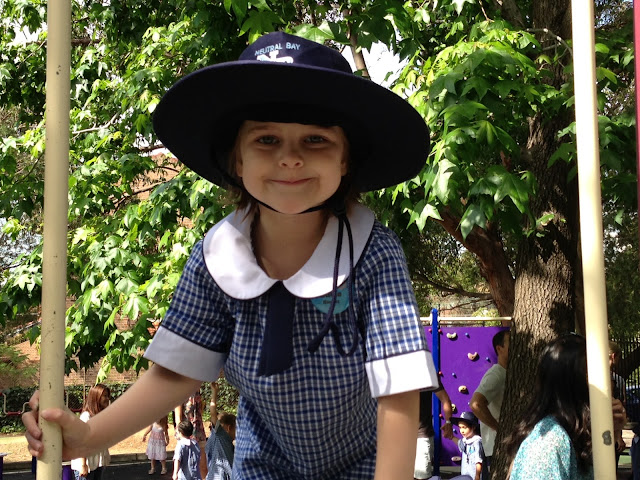 There I was just inside the school gate with my little girl turned tree hugger.. That is to say she had wrapped her arms & legs around the trunk of a jacaranda, refusing to go a step further. Screaming ; "NOOOO we have to go home NOOOOOW!

Frantic attempted bribes where quietly uttered causing a momentary lapse in concentration and a loosened grip, but a nano-second later, having lost her hold on the tree she had me in a death- grip instead.

How did it come to this? From leaping out of bed singing "Big school today YAY!" weeks of whining, "why cant I go to the big school NOW?!"

From all that excited anticipation to life & death dread? What the f^ck?

Lucie had been looking forward to 'big' school orientation day like it was Christmas coming early. I can't count the times she'd nearly drowned us both in her tears going to pre-school, insisting she was big enough for big school and that's where we had to go.
She would bounce up and down in her booster seat every night as we drove past her new school playground. And she was super-excited about the kids going to 'big school all getting Unicorns.

Surprisingly she wasn't especially disappointed when it turned out that instead of getting a unicorn she got a blue gingham dress and a hat with a brim like a dinner plate.

And on the day, where am I?

Stuck in the playground sitting on a log, with Lucie attached to me like a paralysed koala, blocking one annoyed kid behind me wanting to walk the length of it. The kid behind me, like most of the other kids looked happy had excited exploring the new environment.

I walked Lucie to the class rooms on the pretense of looking to see "what fun games they have" and gradually seeing familiar looking art projects taped to windows, reassuring drawings of dinosaurs, she relaxed enough for us to get her into her classroom and into a seat.


It was still was touch and go for a bit and when I saw the teacher approach with another little girl I thought Lucie might bolt.
Little Elizabeth as her name tag said, was catatonic poor poppet.  Obviously too distressed to cry, she was staring ahead with like a bunny caught in the headlights and her chest was heaving in short sharp gasps. The kinder teacher was rubbing her back and talking to her in that reassuring tone police negotiators in movies use on people about to jump off buildings.

But everyone survived the morning. There were tears: a few kids , one or two parent's. A big noisy tea party in the school hall for the parents where intermittently a few snuck away to peep in classroom windows; you know just to check..


But our little drama queen came out happy, with a fist full of artworks. She wore her uniform proudly all day, to the shops to buy lunch and at home until bed-time.

And I managed to find her a Unicorn anyway. 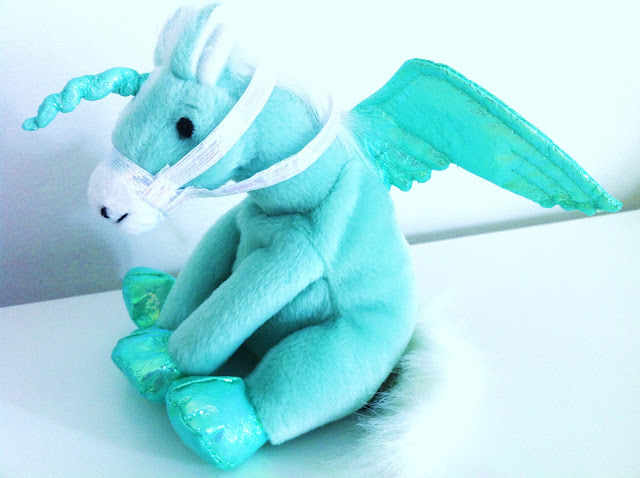