Love and Other Bruises


If your child was running while looking the other way and knocked another child flat, even if your child came running to you in tears, wouldn't you ask if the other child laying in the dirt crying was OK?

Or is that just me?

Well this afternoon it was.

After pre-school pick-up we took Lucie and Buddy to the park.

Exhausting all options with Bud and the Frizzbee, I left him panting in the shade and went into the playground to join in a game of hide and seek.

This is when the incident happened.

Lucie was standing looking about, I was up on the slide and her dad was just behind a fixture so close he could touch her.

A bigger, older boy, looking one way and running flat out the other way, mowed her down, with the point of  impact being both their heads. Lucie went face-down in the dirt stunned and the boy went running to his mother who was sitting on a bench a few meters away.

As I shot over to Lucie where the daddy person was scooping Lucie up I heard the boys mother gasp, "What happened? Did someone hit you?" followed by lots of oh my God's.

As I worked on getting the sand out of Lucie's mouth and wiping her tears, I glanced back at the boy and his mum.  She was busy examining his head like a triage nurse and looking horrified and confused.

I went over to her and explained that her boy had run into my daughter quite by accident and they'd bumped heads. She didn't look up at me or acknowledge me, so I asked "Is he ok?"

She still didn't look at me, she just tilted his head and parted his hair with a dramatic gaasp; "It's swollen!"

I thought; "Yes, my daughter's fine, thanks for asking" although she's still crying and spiting out sand.

Honestly her boy looked fine, it wasn't like either of them were concussed or anything, but she was carrying on like he'd just been hit by a bus.  In fact he was the bus that ran down my little girl.

So I shrugged and left them, her carrying on like a headless chook, and him doing impersonations of Luis Suarez trying to win a penalty, and I went back to my sobbing little bundle of road-kill.

Kids have playground accidents, some serious some not so. We all know it and we try not to make a big deal of it even when bones are broken because it scares the poor little buggers.

Don't get me wrong; I don't support the 'boys (or girls) need to toughen-up theory' sending them out like gladiators with teeth missing, and blood still flowing. But seriously I don't think it does their emotional IQ any good to treat them like fragile little lap-dogs either. But hey, what do I know? Only what Dr Phil and Dr Green told me.. and that's not nearly enough.

Lucie was OK, just a combination of the shock of standing still one minute to being flattened by a blow to the head the next, and also being very tired after a busy day at pre-school. Late afternoons are the short end of the emotional fuse in our household.

As we got in to the car and I watched The Mother rush her son to their car, I wondered is she going to Royal North Shore Hospital? Is she going to turn this boy into a complete basket case (with no manners) or will he go on to become a premier league football player?

I still think most people,even if it wasn't their child who caused the accident, would ask after the other child, no? 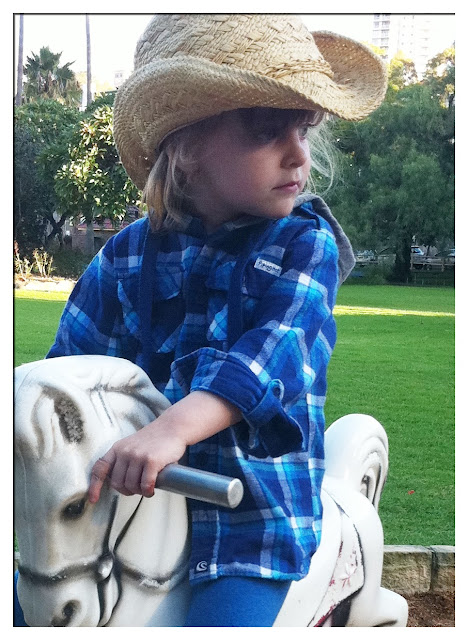 On the way home her damp little face got suddenly serious and she asked; "Mummy? Daddy? Did he have a zizi?"*
"I would think so" I said. "He was a boy and all boys have them."
"Yes." Lucie decided. "He DEFINITELY  had a zizi."


Has your kid been either the playground bus or road-kill?

What did you do?

Is your child semi-obsessed with confirming gender genitalia?