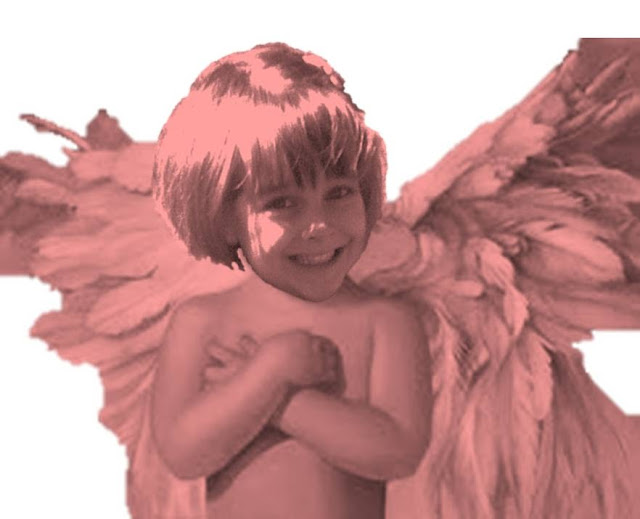 I had an email in first term from a friend who's child started kindergarten this year too. It was short and sweet, it said "Kindy SUCKS".

Then after school drop off that same morning, one of the other mums told me that the teacher suggested occupational therapy for her child because of untidy hand writing. Um, this is still Kindergarten right? And only beginning second term?  Sorry I just needed to check.

I told her "next time you go to the doctor, check out doc's handwriting; If you can - there's a reason they started typing prescriptions onto computerized forms and printing them out."

Kindy-SUCKS mum's kid doesn't use scissors as well as her peers apparently. (OH MY GOD, call an ambulance!) This kid is a lefty and the scissors are made for right-handed kids. Could that be a factor? Does it necessitate a bunch of sessions with an occupational therapist? Who knows, but I don't know how efficiently or neatly Doctors worked with scissors in Kindy, however, most of them got pretty nifty with scalpels later in life.

Now until very recently, She-Who-Worships-Pink often said AeropRane and sometimes even Lellow, instead of yellow. A visiting speech therapist in pre-school flagged this as 'abnormal' and "needing attention", potentially with said, same speech therapist. (hmmm..).

So in comparing stories, I say this to the mum who's kid apparently has a mild dose of Doctors' Handwriting and she laughs. She tells me; "I said the same thing when I was a kid - my family still teases me, but I can actually say yellow now and no-one sent me to see anyone. I just worked it out eventually."

See there you go. Are we over being a tad interventionist?

I think it's great that pre-school and big school, teachers flag up things that may hold back our kids learning, emotional and social development. It was our little blossom's pre-school teachers that suggested speech therapy for her at three-years-old. She was frustrated and tantrumming, sometimes lashing out at other kids over her difficulty in finding her words. It turned out to be a good thing.

We did take her to have her lellow fever checked out too before the start of Big-School, and the speech pathologist got her to break down the word and sound out each syllable separately. (uh huh, genius!) After one session we didn't take her back - we practice difficult words at home now and we're doing fine. She says yellow just fine but occasionally still 'revy' instead of 'very' and still notices the odd aeroPrane. I admit, that I don't always correct her though, it's just so damned cute.

I know several kids her age with very pronounced (and very cute) lisps and they don't seem to have the professionals crawling all over them crying 'intervention!"  But Ita Butrose and Drew Barrymore both lisped their way to the top of their respective careers didn't they?

Well I've trawled the internet and library looking for answers and found none. I don't have any answers, I'm just trying to listen to the experts' advice when it's given and then use my own common sense.

So maybe this is just a topic for discussion?

I would love to hear your thoughts and experiences too.

Any Professionals out there willing to chip in?