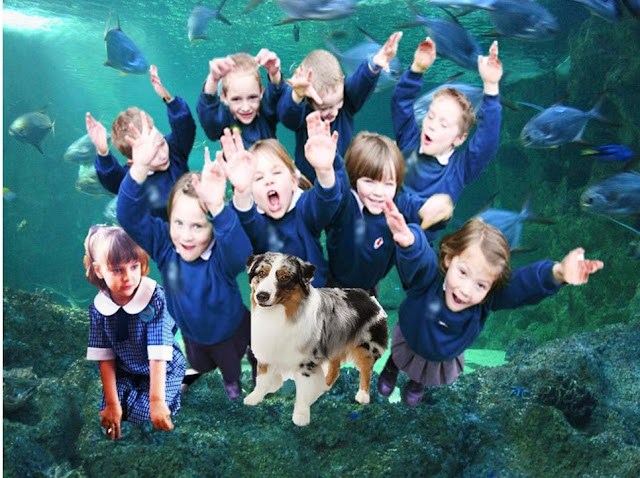 I have new-found respect for teachers and child carers.

I have a strong suspicion that people who look after and teach (train) other people's kids for a living have some extra gene that makes them more tolerant, energetic and mentally robust.

Bad enough earlier this year, after developing a bad case of volunteeritis, I found myself baking my brains out one night only to pour around 100 cups of tea the next morning for Grand-friends’ day. (Remember my fear and loathing of food preparation? I hate mass food and beverage serving a bunch  more.)

For Grand-friends day I volunteered to provide two platters of savory pancakes. (My special
Lazy Bones' Cheese & Veggie Pikelets) Since we had house guests leaving that day I said I could only maybe hang around for half an hour to help set up if they were short on helpers. That turned into three hours of military maneuvers wearing an apron, latex gloves and a smile that didn't quite reach my eyes or camouflage my yawning. At 11:30am I flew home to just in time to speed our friends, who I'd wanted to spend our last morning with, to the airport.

So more recently, I returned from my first school excursion herding 30 wild-kindergarteners around a dimly lit (read- pitch dark) aquarium.

Having dodged the draft in the first round, I was re-enlisted as emergency back-up-mummy-helper after another mum had to drop out at the last minute.

Last minute indeed, I got the call as we were heading out the door for the morning school run, Buddy dancing around us excited as I bagged his leash. When I realised it was She-Who-Worships-Pink's teacher I gasped into the phone with my most panicked Doris Day voice; "OH NO! we're late! Are we late? I got the time wrong, didn't I? Can you hold the bus, we'll be quick?"

I should have been stop-motion filmed at that point, it might have been hilarious later. Much later, and to a less freaked-out person.
Not only was I carrying a bag the size of a postage stamp, I was dressed for the morning chill in a fur-trimmed sheepskin jacket. I usually change around 10am when the sun begins to burn the frost off  . This was not an all-day-chasing-down-pint-sized-people outfit, I was wearing.  I was so rugged up, like Maggie Simpson, my arms where practically at right angles to my body, which is about perfect for carrying a shoulder bag and a school bag at once.  (there is method in my madness)

So for ten of the longest minutes in my life, stairs where run up and down, clothes were flung, dog and child were tripped over many, many times. The child was thrilled and further excited by the sudden frenetic activity. Her mummy was not. And neither was the Orange Dog who'd just had his morning walk cancelled.

When I got to school I was given my group list, first aid bag and told I just had time before the buses arrived to go scrounge up a picnic lunch for myself.  'Oh food, that's right I'll be needing that at some stage.' I ran like an Olympic sprinter to the nearest shop for a takeout anything and returned panting and sweaty. (even without the fur-trimmed sheepskin coat)

The buses were late.
The natives became restless.
My little blossom sat cross-legged on the ground grinning at me and quivering with excitement because;
"My mummy's coming too!"

I think each group was given one high maintenance kid- good planning and only fair to share the wear and tear, I guess. I was assigned  a kid who was “a runner” and not remotely interested in anything aquatic - just the activity stations with buttons and twirly, brightly coloured pin-wheels, stamp machines etc.

Arriving at the first tank filled with the 'family platypus', I hadn't even taken a breath before Runner pulled my arm, "Can we go now? Can we go?" tug- tug-tug.
Runner kept disappearing off into the dark recesses, pelting up and down dimly lit corridors and all the while I still had the dog’s lead in my bag- just begging to be clipped on. (that would have been a ticket to the principal’s office for sure, but almost worth it)

Toilet break was fairly civilized, where us helpers shared the load in dividing our pee-parties into manageable groups, taking turns watching the rest of the herd. But half an hour later I found myself dragging the now cross-legged Runner through the dark maze back to the toilets because someone "didn't need to go before". It had to happen didn't it?

I have never been so glad to get onto a bus full of squealing children than I did at 3pm that day.

At 3:30pm with a pounding headache (that would be me), mother and child stagger through the front door. Now it's time to start on my morning chores and the house, of course, looks like it was hit by a hurricane. (it was, kind of)

I plonk She-Who-Worships-Pink in front of the TV to rest and wouldn't u know it-bloody Mister Maker is coming on. God help, me I cannot WILL NOT, start a craft project NOW!…. Honestly sometimes I just want to shove Mister Maker's 'great craft ideas' up his bum. (grumpy? me?)

Oh and by the way, by popular demand, (well ok, just a friend on Face Book who keeps posting a deep desire to Tase her son) the next reward chart design will include this: 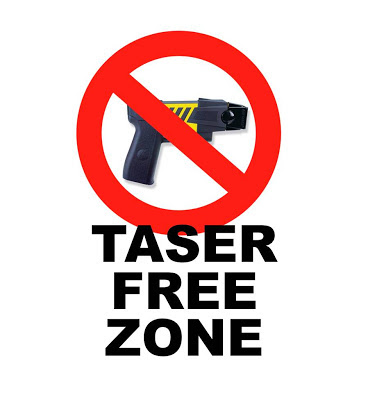