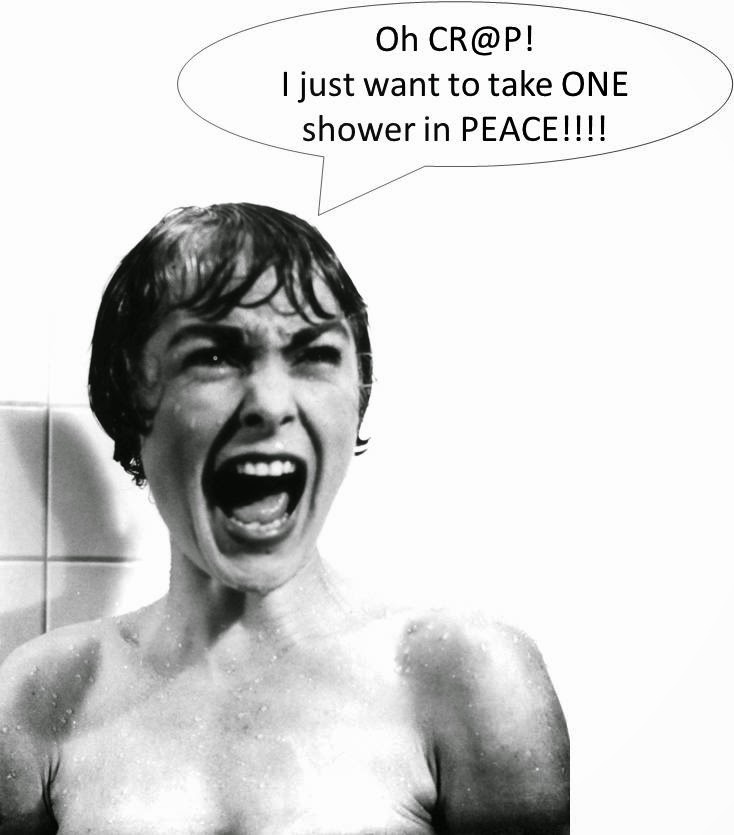 So I’m in Ikea – about a hundred miles away from school. I’ve calculated this round trip down to the nanosecond so I can pick-up what I need and bolt out without being late for pick-up.
Except that I left the Sat-Nav behind in my other handbag from the funeral I attended a few days ago. Also the route to this store is as simple as navigating a plate of spaghetti with each noodle representing a freeway over or underpass. One wrong turn and you’re in Canberra getting looking for eggs to throw at the politicians.

But I had this nagging feeling.

I am pretty certain Pinkster’s Jazz Ballet EoY Performance dress rehearsal is tomorrow night… I call another mum to double check and get voice mail.  The sinking feeling persists as I charge through Ikea’s entrance.

I enter the store  through the checkouts making my way backwards to the market hall.
This is the only way to navigate Ikea when you’re on the clock – you must never EVER follow the arrows on the floor!
Meanwhile I’m working my way through emails wearing totally inappropriate reading glasses for the task.
I get to the textiles department and find my cushion covers, still scrolling through Gmail.  Ah! there it is the email from her dance teacher.  I find the correct one out of five PDF attachments and squinting at the screen look up her Jazz number and the rehearsal date and time.

Today 3-4pm! And a “Please have your child dressed made up and signed in half an hour prior.”
It’s 2:30 NOW! I should have collected Miss Pink from school 30 minutes ago!
Holy Shit!
I startle everyone in Textiles with my none too discrete expletive, but I don’t care – I just bolt for the exit.
But It’s Ikea; I get lost somewhere in bathrooms and end up in rugs when I clearly should be in the bit that sells candles and planters.

I fight with the automated check-out, but after jeopardising her dance rehearsal, I’m not willing to make this a wasted effort – I am buying those suckers now if it kills me..
I drive like Fangio through the traffic, almost run up some guys arse only to be confronted with a bank of stationary trucks. After a pretty nifty illegal u-turn and a lucky pick for an alternative route, I zoom across town.

After dragging Pinkster out of class a full 5 minutes before the bell,  and throwing her dance shoes into the back seat for her to put on, I end up parked in a bus zone and we both sprint into the auditorium.
I’ve been telling her how sorry I am all the way and saying what a bad useless mother I am.
She’s been telling me over and over that I’m actually the best mother in the world.

Miss Emily, her assistant teacher, meets us like an guardian angel, smiling and telling us it will be fine.
‘She can rehearse in her school uniform and I’ll pop her into her costume for the photo shoot after.’
I gasp,“You’re doing the photos today?’

As Miss Emily grabs Pinkster’s costume and heads upstairs with my little girl she assures me; ‘it’ll be fine don’t worry, heaps of dancers haven’t even turned up at all – don’t worry!’
I managed to get her hair up, but no makeup.
I need a drink.

As it turned out, my little trooper was apparently dropped into her costume and ran onto stage with a big smile, following the other dancers, like she’d been there waiting.

I’m so proud of her.

I have 45 minutes now to go home, pull in the washing and the outdoor cushions before the looming thunderstorm storm hits. Also find her a change of clothes and a raincoat for pick-up.

I gather up makeup and make sure I’m there early to fix her up for her photo.

I swear to you, I’ve been running around like a headless chook for the best part of this year. I blame my recent transformation into a single parent  for that;  I used to be cool calm and collected - punctual too.

I often feel if I could just have a pooh in peace, or get ten 'scream-for-mummy-free-minutes' to shower instead of having a quick hose-down while screaming back; "I'm COMING, OK??!!' that I might be in be in better shape overall.

Every morning it seems as though I rush into that school, like a human hurricane, flustered, wet hair and late as usual - with bags under my eyes so spectacular that you could probably sell the design to Samsonite.

Today I’m fielding enquiries for the sale of our second car, and potential tenants for our investment apartment, while playing hotel maid, trying to pack the lunchboxes and juggle homework, shopping washing and meals, cleaning up animal faeces...

But you know what?
It’s not just me!

This time of year is further complicated with end of year events and fund-raisers, Christmas dos and the like.
It was at one of these extravaganzas that I got talking to other mums who said they felt completely out of control and feeling that finger by finger they were losing their grip on pretty much everything.

‘Really?’ I asked incredulous. The stories passed around that night were very comforting. It seems that during my breathless sprint during school run, I hadn’t noticed the other sprinters on the field.

Another mum had two sleepless children up in the night -same night as mine, and to add insult to injury she’d had a formerly house trained puppy, like our new kitten, making a multitude of mud pies with his bottom all over the rugs!
Most of my peers apparently are also running on empty, over-committed, with sleepless nights, and family issues to deal with.