Back on the Asphalt 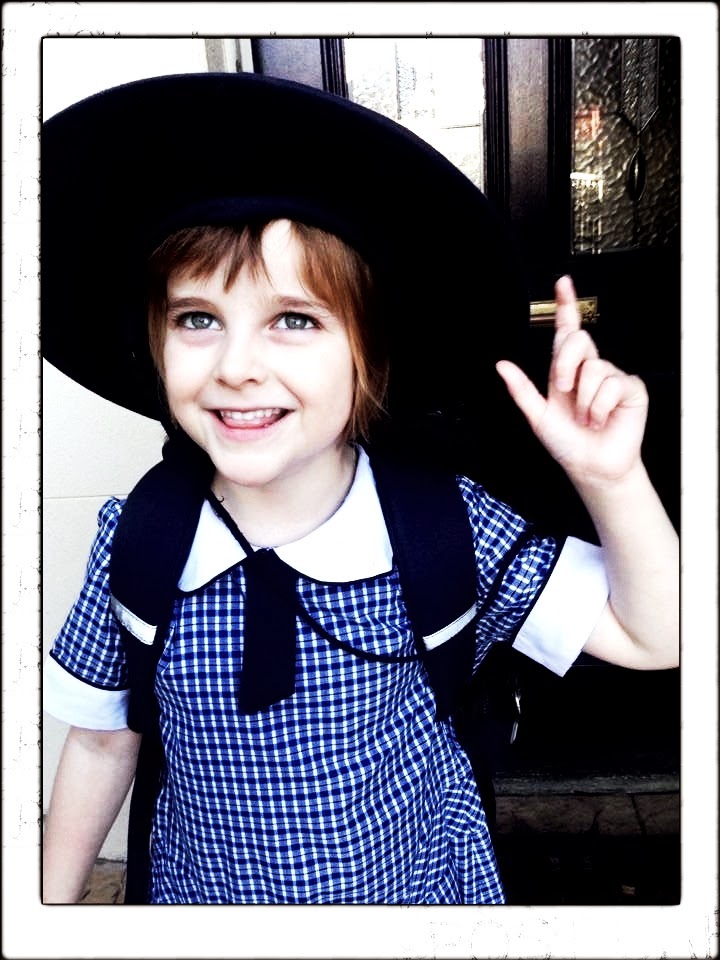 As hard as it may be maintaining enthusiasm while waiting for the Daddy Person to press the camera button (in the end I made rabbit ears behind his head) this was the easy (and cute) bit of the 2014 school run.

The rest was more a case of trying to land on your feet and hitting the Asphalt running.

Last year She-Who-Worships-Pink was attending school in Kindyland which was daunting enough considering the five classes of 25 kids each. But in fairness it was separated from the main school with its own playground and facilities.

Not so this year, now we've joined the scrum.

Oh My Dog - school drop off in the big, BIG school..it's a three ring circus (but with several more rings).

We arrive in the midst of hundreds of gingham clad clowns barreling around, cartwheeling, ricocheting off each other, off walls, out of buildings through doors and hallways.  We are dodging balls and skipping ropes that whip through the air like a series of detonations spewing sports-equipment shrapnel.

Parents everywhere with stunned - 'if I could just remember your name' - expressions, are waving nervously to each other while ducking, weaving and trying to work out where to deposit their shouty, flailing excited offspring.
Others are staggering around Quasimodo style- hunchbacked under the weight of school bags awkwardly looped over a shoulder and their teary offspring firmly attached to one leg.

After the first school run, I found this little pearl on Face Book: 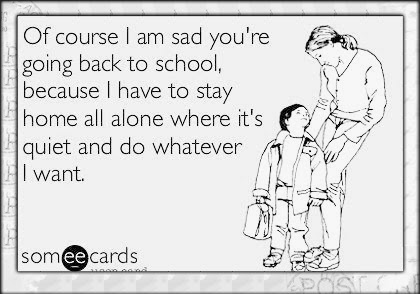 Well I cant exactly do what ever I want, but what I can do is plan my day and logistics.  All without halving the time-frame because of my little co-pilot's need to incorporate a multitude of pit-stops and "I neeed to look at it mummy!" detours..

Just give me another week and I might even get my Mojo back :0)