Things that go BUMP in the night 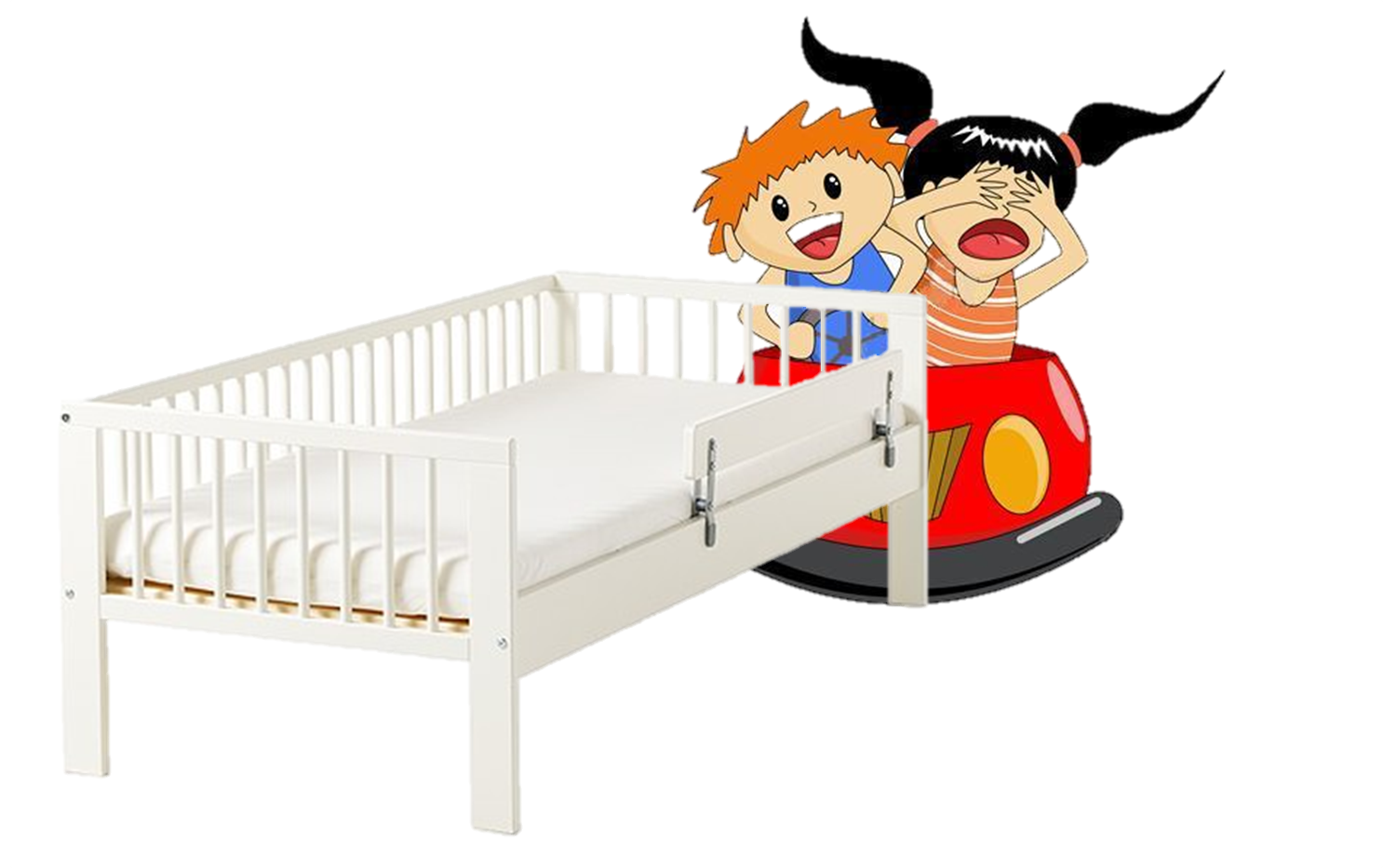 To say our girl is a restless sleeper would be the understatement of the century.

Forget tossing and turning; She-Who-Worships-Pink flips like a pancake and shouts while she's at it.
She's been this way since she was a baby.
Having spent two weeks on the road sharing a bedroom and sometimes bed with her, I know she's hasn't grown out of it.
Both myself and the Daddy Person know only too well the extent of her nocturnal gymnastics (not to mention nocturnal nudity) because we have the sleep debt to prove it and it's for this reason I've been making custom cot and bed bumpers for her since infancy.

Both her Stokke bassinet and cot were like a padded cells; I banked on the fact she didn't stay still long enough to smother herself and she was at a far greater risk of a concussion the way she rolled over smacking her little head against the wood sides.

When we graduated to the Junior Bed (IKEA's Gulliver) it came with one of those protective guard rails included. She she wouldn't roll out, but then we had the head banging to consider.

So after a trip to the local hardware and half an hour on the sewing machine I invented 'the safety sausage'! 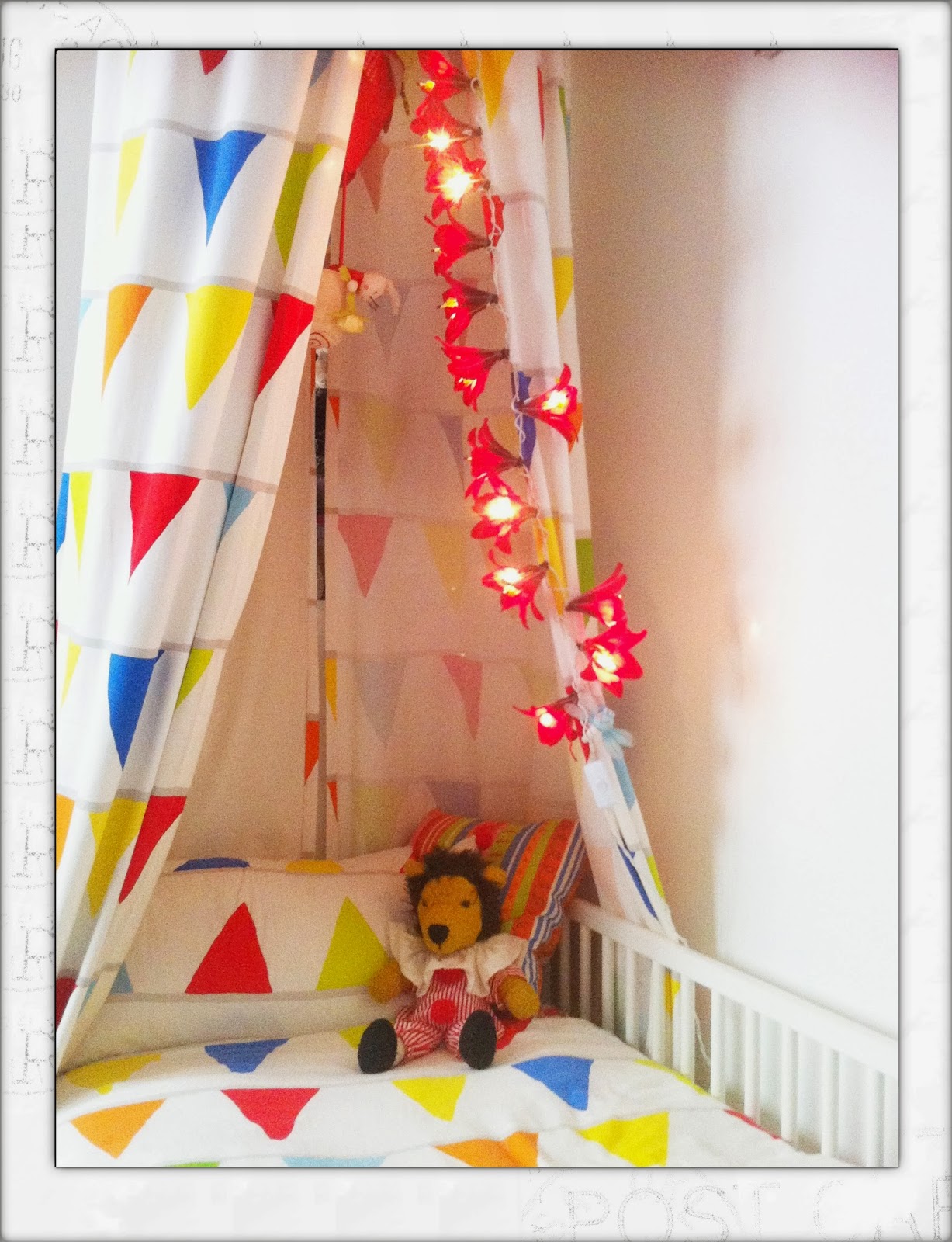 The fabric is IKEA of course - I love the pure cottons and with Miss Pink's circus theme Light Blocking Bed Tent the bright colours and patterns fit well. Unfortunately Vitaminer Vimpel (the bunting pattern) fabric and curtains along with the rest of these fabrics seem to have been discontinued which is a crying shame.  I'm lucky I bought up when I could - I still have a stash :0) 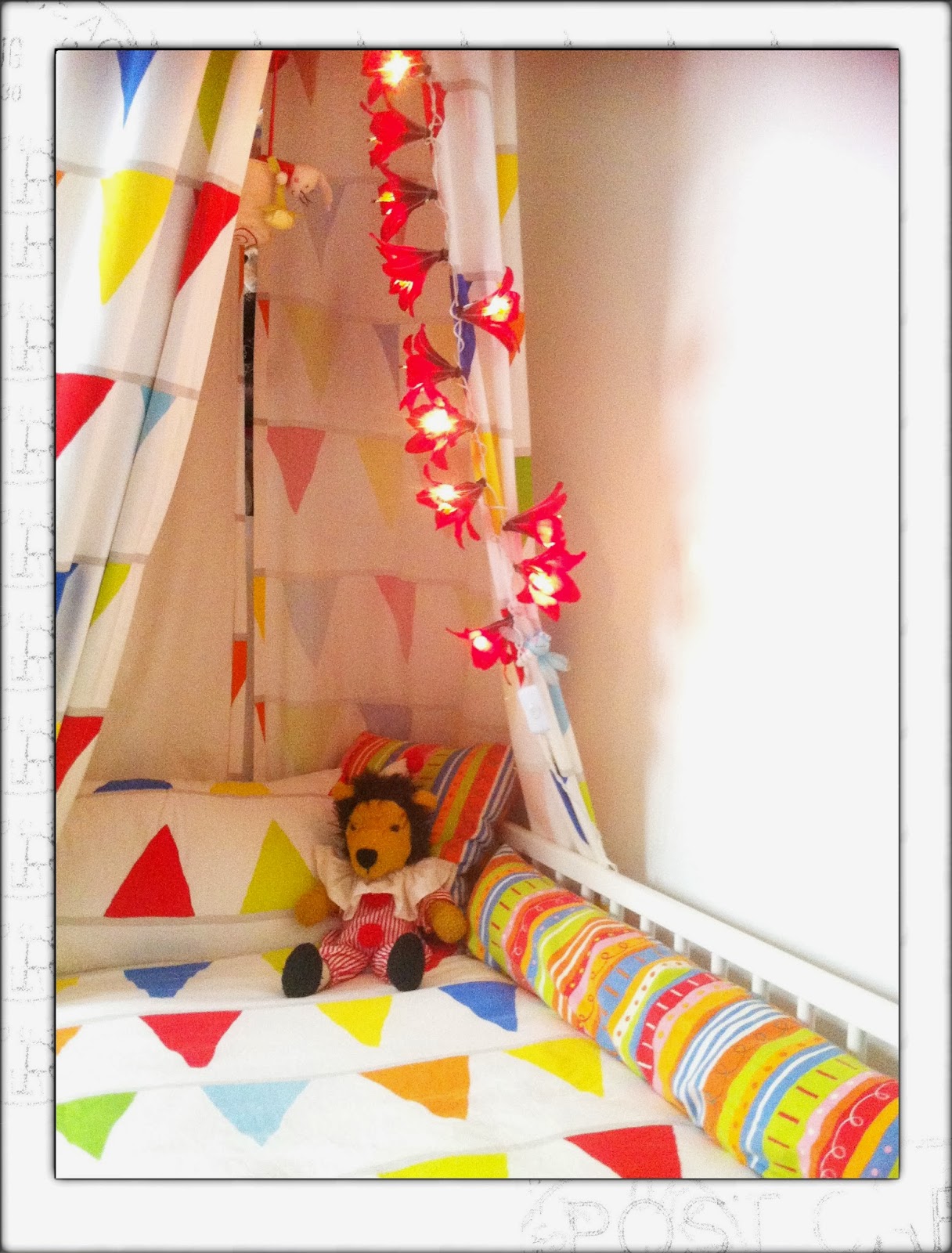 So this is just an extra thick draft stopper (designed for a door). While we had the safety rail it rested against that to protect flailing arms legs and head.


Now the rail has gone and the safety sausage is on the other side - that is when she's not dragging it around the house playing with it.

I'm on the look out for another extra thick one for the fur-person's bed: I noticed recently that when he's lying on his mat, his spine is pressed against our enormous heritage skirting boards.  This may explain why he's been sneaking onto the sofa at night. 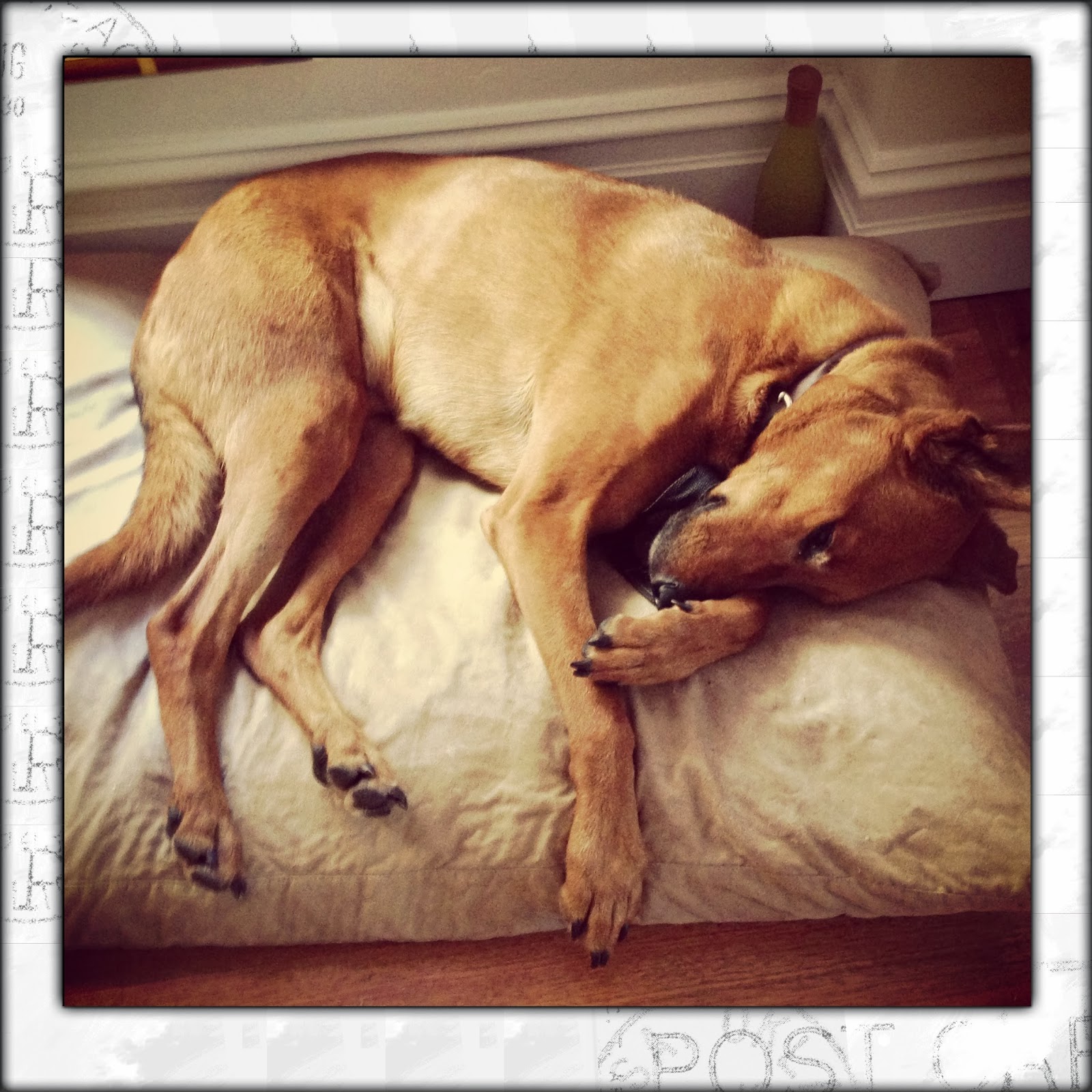 Or he's just a cheeky, sneaky sofa sleeping dog that needs a good telling off and some closed doors to contemplate...