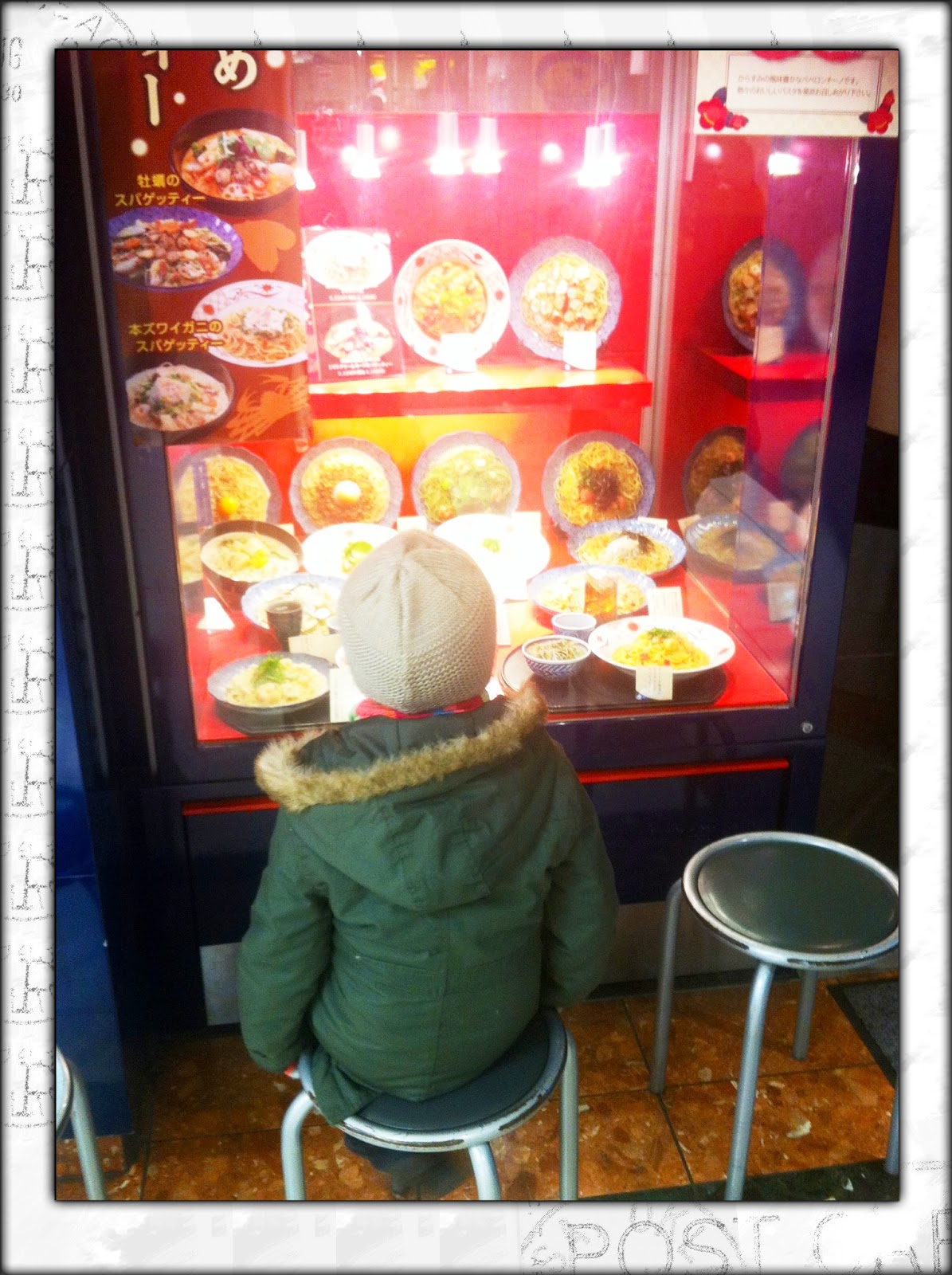 She-Who-Worships-Pink has developed a weird fascination with the plastic display meals that fill so many Tokyo restaurant windows.

Last night we were passing a restaurant that happened to have some stools out side and the Pinkster grabbed one to sit on, pulling it up to the window.
"Mummy, Daddy, can I just watch the fake food?"

She's become a fake-food tourist. Our days sightseeing have been heavily  punctuated with frantic pointing and gleeful shouts of ;" FAKE FOOD! FAKE FOOD!" After which she spends at least five minutes per window, appreciating the displays, identifying and critiquing the authenticity of each piece.

And making me take films and photographs of course. :0)