Show and Tell: Use Peas or Sticks 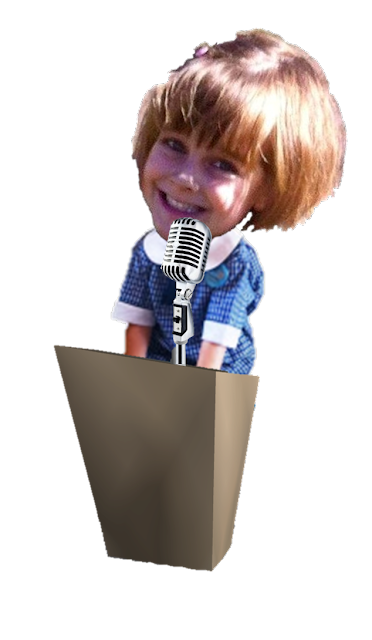 I know the whole world has gone all high tech on us, but when did Kindergarteners start presenting to class by clicking through PowerPoint presentations?  If your kid's struggling to say: 'USB drive' clearly, should they be carrying them in their school bags waiting pop them into the teacher's Smart Board at any given moment?
(Sheesh.)

I had heard that we would be expected to 'up the show-and-tell ante' when She-Who-Worships-Pink started big school. The stories circulating around Pre-school about PowerPoint presentations in Kindy were thought to be an urban myth.

The Pinkster started off the school year with single printed pictures and a bit of 'giving the talk' practice. Then came the flip-chart because mummy wanted to mix it up a bit in response to Pinkster's hints about the other kids' 'Use-peas'.

I played dumb for a bit and stuck with he flip charts- for which she had come up with the ideas and to hand draw the cover. I would then print some suitable images under her critical direction.

But the pressure piled on as more and more kids started bringing in 'Use-peas' ( USB drives) with 'presentations' for the teacher's smart board. 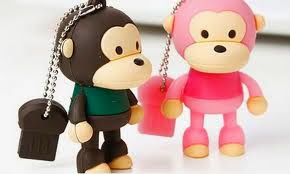 And finally stuck in a post office queue I was cornered;
'Look Mummy! A pink monkey, isn't she cuuuuuute!'
Then as she grabs one: "What's it for mummy?'


We went home that day with her first USB stick and that's when Pinkster really 'upped the ante' for both of us.

So, having scoffed myself at parents who prepare presentations for their kids, now I've joined the hall of shame. Is it?

I did chat with the teacher about the validity of this because I don't want to be one of those parent's who does their kid's homework for them. Also being on my P plates with this whole school mum thing, I am in a constant sate of; 'am I doing this OK?'

Miss Lovely Smile said that at this age they would expect parents to help their children find and put together images, if that is what they're using.

The point of giving a 'news' presentation is less about the visual aids and more the talking points. Miss lovely smile suggested it's better not to add words to the slides, so that children are encouraged to do their own talking.

More and more I discover our little Pink worshiper is quite the art director. She gets some pretty fancy ideas and I sometimes struggle with my limited skills, and even more limited electronic resources, (like this limping-towards-death's-door laptop) But still it's been a lot of fun for both of us.

Here is our first Wowser Use-Peas presentation which was: "choose your favourite sea animal and tell some facts about it."
As She-Who-Worships-Pink also worships dolphins, this is what we came up with:

She actually remembered all of that, except the bottle-nose bit. I hoped the bottle be a visual clue, but she did us proud none the less.

This week she was all over the topic; If you could have a dinosaur for a pet, what kind of dinosaur would it be? What would you feed it? And what are some of the things you would do with it.?

She came up with all her own answers then told me 'exactly' what images she wanted. (oh boy)

These are self explanatory and Miss Lovely Smile gave us a big thumbs up for both entertainment value and confident delivery; 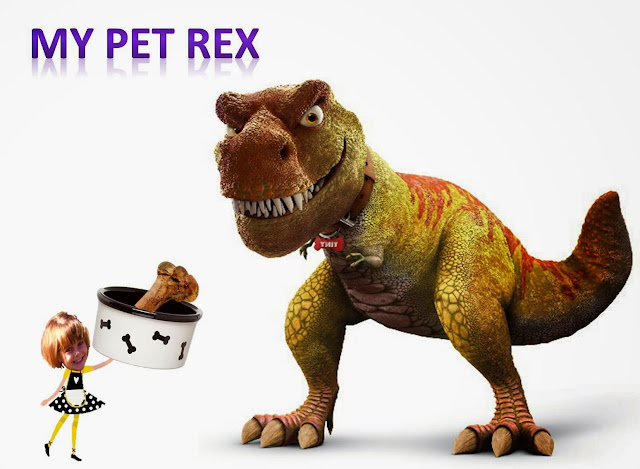 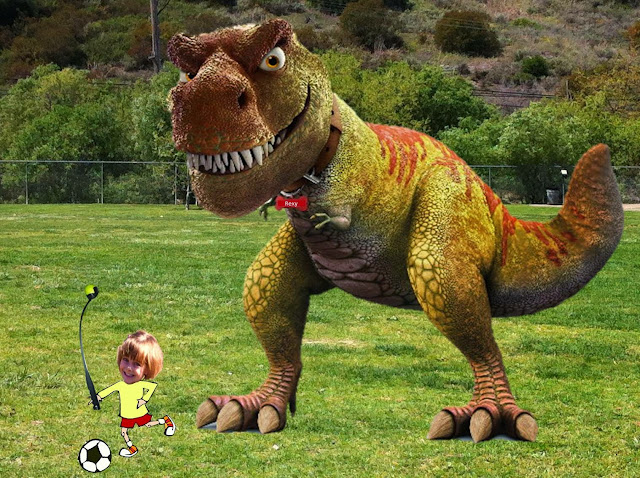 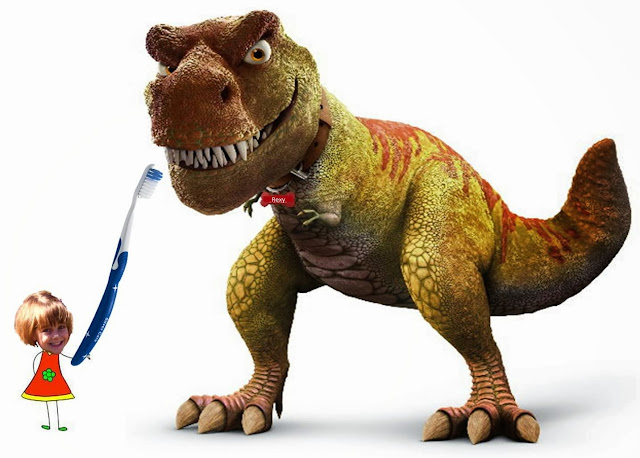 So if your small-person is starting Kindergarten in the new year and you hear the urban myth about PowerPoint presentations for Show &Tell. Let me tell you; it's no  myth. My advise to you is that you'd better brush up on those computer skills or take some night classes, because one kid does it and by year end they're all doing it- whether you like it or not!

That's peer-pressure at its finest.